Today’s news is the latest milestone in a period of consistent success for the business, founded by the former Apprentice contestant Susie Ma. Tropic, a business that manufactures natural, vegan beauty products, reported record turnover of £29.5m in 2018 and the company now sells 3.3 million products a year.

The business came to Lord Sugar’s attention in 2011, when Susie appeared as a contestant on The Apprentice. Tropic remains the only business run by an Apprentice runner-up to have secured investment from Lord Sugar, who invested to become a 50/50 partner at the end of that season.

The new premises, operational from today, span 48,000 sq. ft. and are five times the size of Tropic’s previous headquarters.  The new location was required as the Tropic workforce has now expanded to employ over 150 people and turnover has increased by 198% in just two years.

This growth has been driven by an extension of the brand’s product range – in 2018 alone, Tropic revamped 15 existing formulas, launched 12 new products and released 10 new collections all of which contributed to the business’ stand-out year and today’s news. 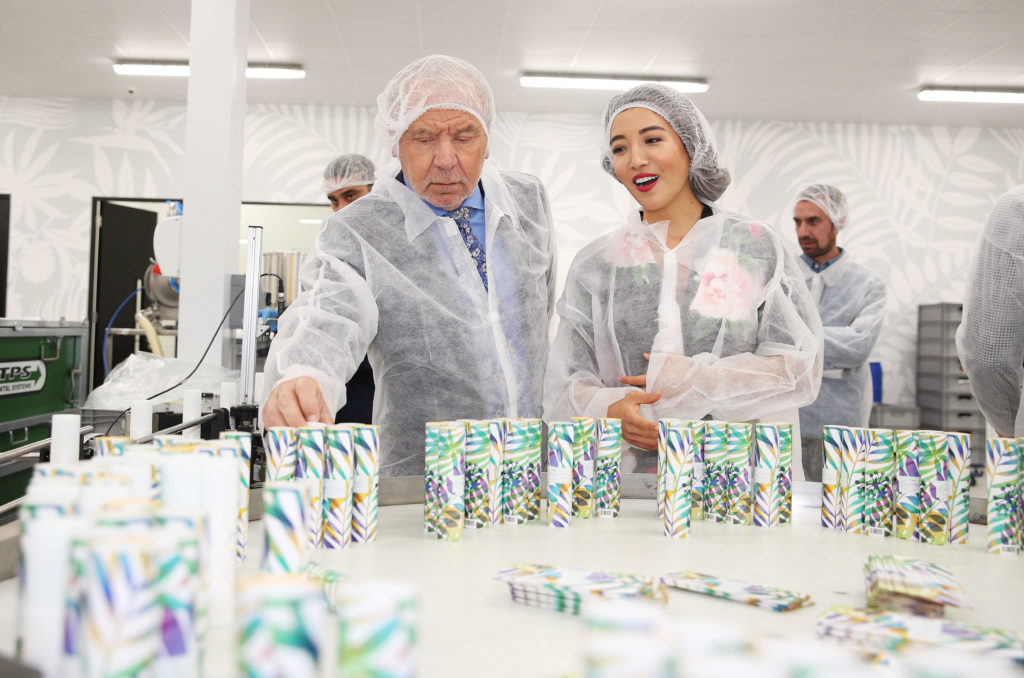 Speaking at the unveiling, Lord Sugar commented; ‘Today’s opening marks a true milestone in the progress of Tropic. Since launching the business as a teenager, Susie has been tireless in growing the Tropic brand and her success is thoroughly deserved.

This new headquarters will drive the next phase of Tropic’s growth and opens up a number additional opportunities to develop the brand and further extend the product range.’

Susie Ma, Founder of Tropic comments, ‘”With the success of Tropic growing year on year, it became a necessity for us to move our HQ to accommodate both our growing team and growing production.

I’m delighted to be expanding and upgrading Tropic’s Beauty Kitchen to freshly make even more Tropic products, and I’m looking forward to seeing what the future holds at our new HQ!”

Susie Ma founded Tropic in 2004, aged just 15. Susie started selling a single homemade body scrub (now one of Tropic’s best-selling products) from a stall in Greenwich Market before the 2011 series of The Apprentice afforded her the opportunity to present her vision for the brand to Lord Sugar.  In 2018, Susie was listed as a Forbes 30 Under 30 honouree, and scooped an EY Entrepreneur Award for ‘Building a Better Working World’

The Share Centre’s Richard Stone: Why I believe Brexit will not...