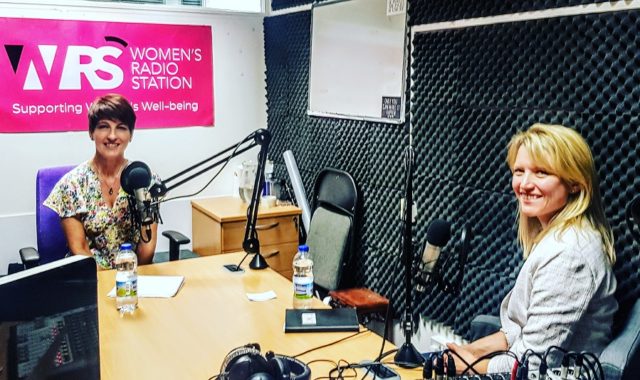 Anna Kennedy OBE’s guest this week on ‘All things Autism’ weekly Womens Radio Show is Hayley Harding. Prior to Hayley having her family she was a commercial in house solicitor and worked in some big companies including Google and Avis Budget Group. She is am married to Ben and they have two lovely young boys, Connor (2) and Matthew (4). In July last year their son Matthew was diagnosed with an Autism Spectrum Disorder.
Hayley shares with Anna :
‘Whilst we knew he would face physical challenges because he suffered from hypermobility and needed splints to walk the diagnosis came as a shock. On one hand I was relieved that we knew the reason for certain behavior but on the other I was worried about what the future would hold for him.
We were lucky, Matthew attended an amazing preschool that put in place everything that they could to help him to learn. What soon became clear though was the level of help he needed in order for that to happen. As a result on January 2nd this year I unsuccessfully applied for Matthew to have an Educational Health Care Needs Assessment with a view to him needing an Educational Health Care Plan.
Given that Matthew had seven professional reports all in agreement that a plan was needed I was shocked when his application was rejected. In response I went on a couple of social media groups to ask other families whether I was missing something or had done something wrong and was astounded by the number of families coming back to me saying that appealing was a standard process in our borough should a child need help.
As a result I decided to start the Sutton EHCP Crisis Facebook Group which now has 270 members in less than three months. What soon came to light was that Sutton had the highest rate of rejection in 2018 and that unlawful criteria had been used to reject children for EHC Assessments since the establishment of the Children and Families Act 2014.
Whilst this isn’t unusual practice by councils throughout the country the extent to which Sutton was and is doing this is was far greater than average and we estimate that up to 700 children have been rejected using unlawful criteria here since 2015.  Families here are at breaking point as a result, with marriages breaking up and parents seeking help for depression from doctors not forgetting the children who are being put in situations that are completely wrong and suffering long term mental health issues as well.
The groups aim is simple, for the children of Sutton who have suffered as a result of the use of unlawful criteria to be given an apology and an offer of help to rectify the situation. Going forward we would like all children here to receive the help that they are legally entitled to. This should not be something that has taken a 250 strong group of people to achieve but regardless is one that the group will stop at nothing to make sure happens.
If anyone would like to join our group or follow how we are getting on please do! We can be found at www.facebook.com/SuttonEHCPCrisis or on twitter @crisisehcp.’
If you missed Hayley’s interview it will be aired at 1pm everyday for the rest of the week on www.womensradiostation.com

LONDONDERS MORE LIKELY TO DITCH BACON THAN BOOZE THIS MONTH

Thousands of Londoners diagnosed with cancer are being ‘left in the...

Best Tips on How to Wear Sneakers to Work