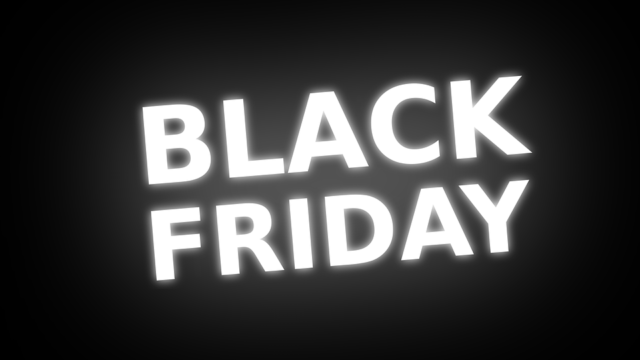 Imported from the US the tradition of Black Friday has gotten quite popular across the shoppers all around the country waiting for the sales to start to make their purchase. But recently a consumer group “Which?” has published a report that claims that some items might be cheaper to purchase before or after the sale.  According to the research group, as much as 95% of bargains will be cheaper after the sale while, retailers say that actually more items are on offer, which makes the Black Friday special.

The fact that people enjoy these events is hard to argue against. Even if they don’t get the best deal it’s still exciting to think that all the stores and all the items in them are discounted. This tradition has now moved on from being unique to the US to being worldwide. It used to be exclusive to shopping malls and big chain stores but now this traditional has reached all different sorts of industries.s Apart from restaurants and tech companies, even casinos all across the world are offering Black Friday free spins like these Norwegian free spins promotions.

We will go into the statement by the retailers in depth later on but it’s very interesting that the event marketed as the biggest sale of the year might actually be a scam.

Shoppers have now been warned to be wary of Black Friday offers and to think twice before making a purchase.

The very bold claims that Black Friday does not offer the bargains that it claims can damage the image of this event a lot. There have been multiple social media posts throughout the year where people have been pointing out the obvious fake “sales” but this is definitely more serious will probably make retailers more uncomfortable. According to this group, Almost all of the ‘deals’ promoted during last year’s Black Friday were actually on offer for the same discount either six months before or after the event. Another observation made was that only one in 20 items were actually the cheapest on that date.

Black Friday usually falls on the last Friday of November with shoppers waiting a whole month to get their desired goods for the best price.

Which? Didn’t focus on the UK exclusively though. The researchers looked at the products and offer on Amazon, John Lewis, and Currys PC World and called their offers “A Great Black Friday Swindle”. Some offers were even called out to cost more during the promotional period than before.

The UK stands out

Specifically in Britain, the event has been a rough experience for many retailers, especially the high-street ones because they feel like they have to put out offers or they risk missing out on the “first flush of festive spending”. Before the Black Friday tradition became a worldwide phenomenon, retailers would usually wait until the last minute before Christmas to roll out their deals. This shift in the way people across the world shop for Christmas gifts leave the stores empty throughout December, forcing those who didn’t participate in the first big round of Christmas Shopping craze to deal with slim pickings.

The project by Which? Looked at prices of 83 products on sale on Black Friday in 2018 for a year. Starting from six months prior to the big event and ending six months after it. Throughout the year of observing these price points, the researchers found that out of more than 80 products only 4 were actually cheaper on Black Friday, so overall the 5% of deals are actually what they claim to be.

So basically Black Friday usually isn’t that much of a bargain and if you want to avoid the stress of getting to the shops on time or ordering it soon enough it well could be that you’re stressing about the product that you will be able to get for the same price or cheaper after the event as well. Sure it makes sense to make a purchase in November during these sales that you want as a gift for Christmas or New Year, but keep in mind that last-minute Christmas deals will still be happening and it will be way less stressful for you to make your purchases.

As the retailers put it, Black Friday apparently doesn’t mean the cheapest price points, it means the biggest variety of products on sale. When you look at it that way it becomes way less appealing. It’s actually good that these companies and consumers themselves are questioning the deals and what they are being sold. Black Friday, although exciting in its own right, is not all it’s cracked up to be. So if it is not an emergency, maybe save yourself some time and stress and wait to make the purchase later in December or if it’s not an emergency wait for longer and you might be able to score an even bigger deal.

UK psychotherapists predict 62% increase in mental health in the workplace...