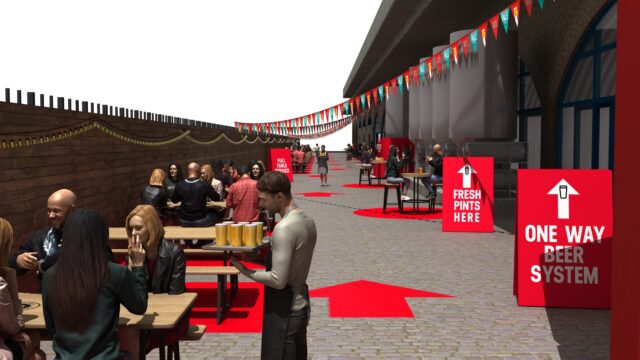 After three long months, Camden Town Brewery have this week announced the re-opening of the brewery gates for Camden’s Pop-Up Beer Garden from Saturday, July 4th.

Welcoming all beer fans – they’re taking online bookings from today, to join them at Kentish Town West in their socially distanced open-air pop-up.

The Camden Pop-Up Beer Garden has been built to be sociable and at a distance, so pre-bookings are essential (sorry, no walk-ins).

Bookings are for 2-hour slots across Friday, Saturday and Sunday, and can be made through Camden’s website. For £20 per person you’ll get entry to the pop-up, a £10 food voucher and £10 off your drinks bill.

Camden Town Brewery is a leading brewery based in North London and the home of Hells Lager. Founded by Jasper Cuppaidge, the team began brewing under the railway arches in Camden in 2010 and opened a second brewery in Enfield in July 2017.

Cam Sites Are Becoming More Popular Than Even Online Dating!

Despite Brexit, London is the number one city for Generation Z

Londoners, get set for a commute that’s impossible to hate