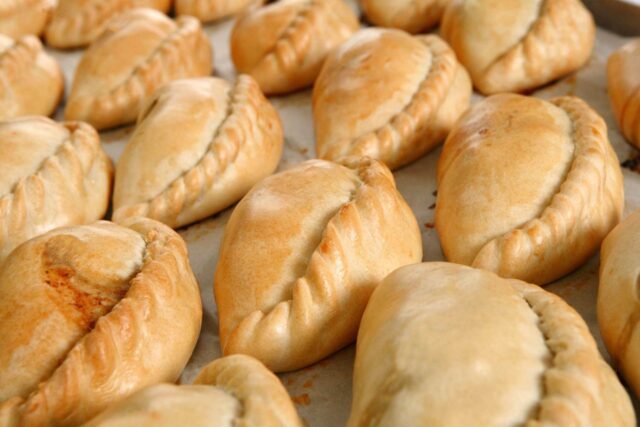 Cornwall has an ardent following amongst holidaymakers who love the scenery and the beaches but it has also become something of a food destination amongst those in the know.  Cornwall, like most regions in the UK, has its own traditional fare, here are some of its tastiest and best-known delights:-

Whatever your preference and budget, Cornwall has some marvellous eateries where you can combine gourmet dining on fresh, local produce with a spectacular view.  This could be Rick Stein’s famous restaurant in Padstow or a fresh crab sandwich overlooking the harbour at the Ship in Porthleven after a walk on the coastal path or a long bike ride.  Grabbing a pasty and sitting on the beach with the best view in the world can be just as memorable as pushing the boat out for an expensive meal in a Michelin starred restaurant.  Cornwall really does cater for every taste and budget. 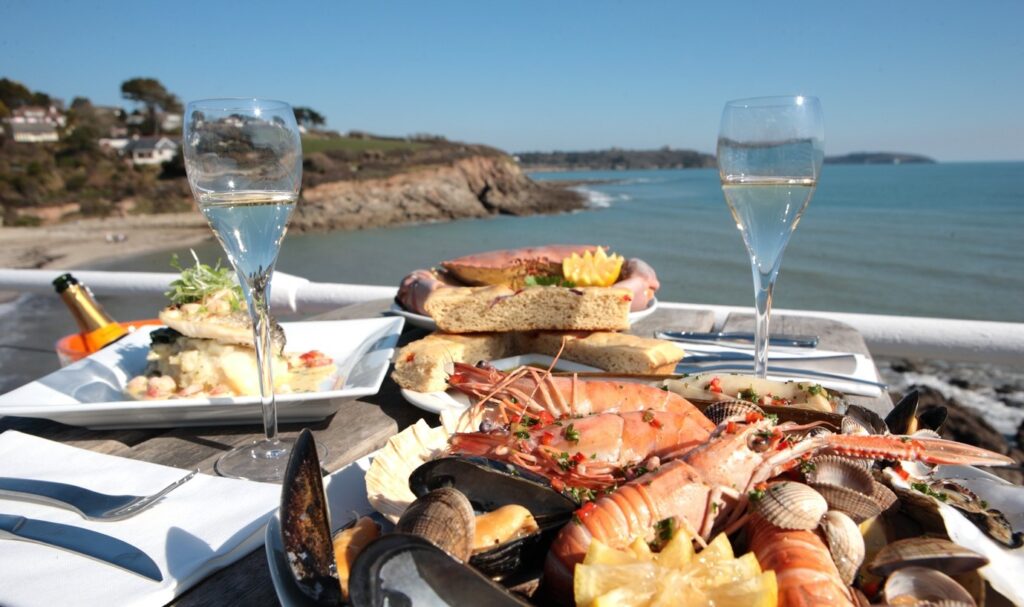 It is hard to narrow down the best or the nicest restaurants and pubs in Cornwall, there are so many to choose from.  Here are just some of the top picks from across the county:-

Prawn on the Lawn – competition in Padstow for Rick Stein, Prawn on the Lawn has been opened by a London restauranteur who was already sourcing his fresh fish and seafood from Cornwall so a new eaterie seemed the next logical step.  With a frequently changing menu, try local fish with international influences and whole crab and lobster.  The wines are pretty outstanding too

Fitzroy – another outpost from London this time in fashionable Fowey.  Fitzroy is located in a lovely old building near the water and is furnished Shaker style so simplicity is the watchword and this is also reflected in the menu which revolves around sharing plates full of local produce and not just fish

Restaurant Nik Boyle – this time a local offering from a man who grew up in Porthleven and has not moved far, to the Victoria Inn at Perranuthnoe which is just outside Marazion near Penzance close to the iconic St. Michael’s Mount in Mounts Bay.  Simplicity and no pretensions are the hallmarks of Nik’s menu plus local produce and delicacies – it’s all about the food

The Star & Garter – this historic and significant waterside pub in Falmouth had seen better days but is now thriving again.  The views over the harbour are matched by the slightly eclectic menu which has some witty touches that will tantalise the taste buds but all the traditional stapes you would expect from pub grub

The Tolcarne Inn, Newlyn – just what you would expect a traditional Cornish pub to look like, low ceilings, flagstone floors and velvet upholstery.  The food’s not bad either and the Tolcarne Inn has earned itself a Bib Gourmand probably because most of the menu comes straight from that days’ catch into Newlyn harbour.  It sounds like a cliche but the fish and chips at the Tolcarne Inn really is hard to beat

If you are planning a special weekend away or Cornish holiday then why not add a private chef service to your list of tick boxes when you are choosing the perfect Cornish cottage?  There are several private dining companies who will come in and cater for your meal, whether it is dinner à deux or a family gathering or even a hen night.  Pick your chef when you choose your cottage as the good ones book up months in advance.  Select your menu from a wide variety of mouth-watering local produce with seafood a big hit and the best of clotted cream and Cornish dairy vanilla ice-cream bound to feature.  Round the occasion off with some after-dinner fudge, if you have room!

Whatever Cornwall is to you, food lovers will not be disappointed whether it’s a cornet on the beach, a waterside cream tea or a three-course culinary delight.  Delicious Cornish fare will make the perfect accompaniment to you cosy cottage or chic waterside apartment, accommodation and cuisine to suit all tastes and holidays.

Can a London club lift the Premier League this season?

Call Centre Outsourcing to the Philippines – A Key Consideration for...