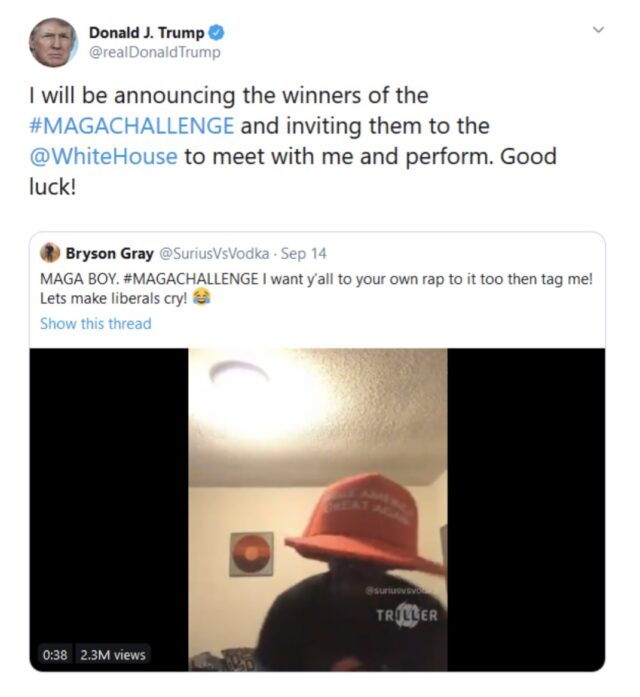 On November 8th 2019, Donald Trump posted a tweet saying that he would select a winner of the #MAGACHALLENGE and invite them to the White House.

Never heard of the #MAGACHALLENGE? We don’t blame you – it is a trend started by pro-Trump rapper Bryson Gray who released a snippet of his song “MAGA BOY” on Twitter on September 14th 2019. Until the President’s Friday morning tweet, the challenge was only a semi-popular phenomenon in niche, pro-Trump circles on Twitter. 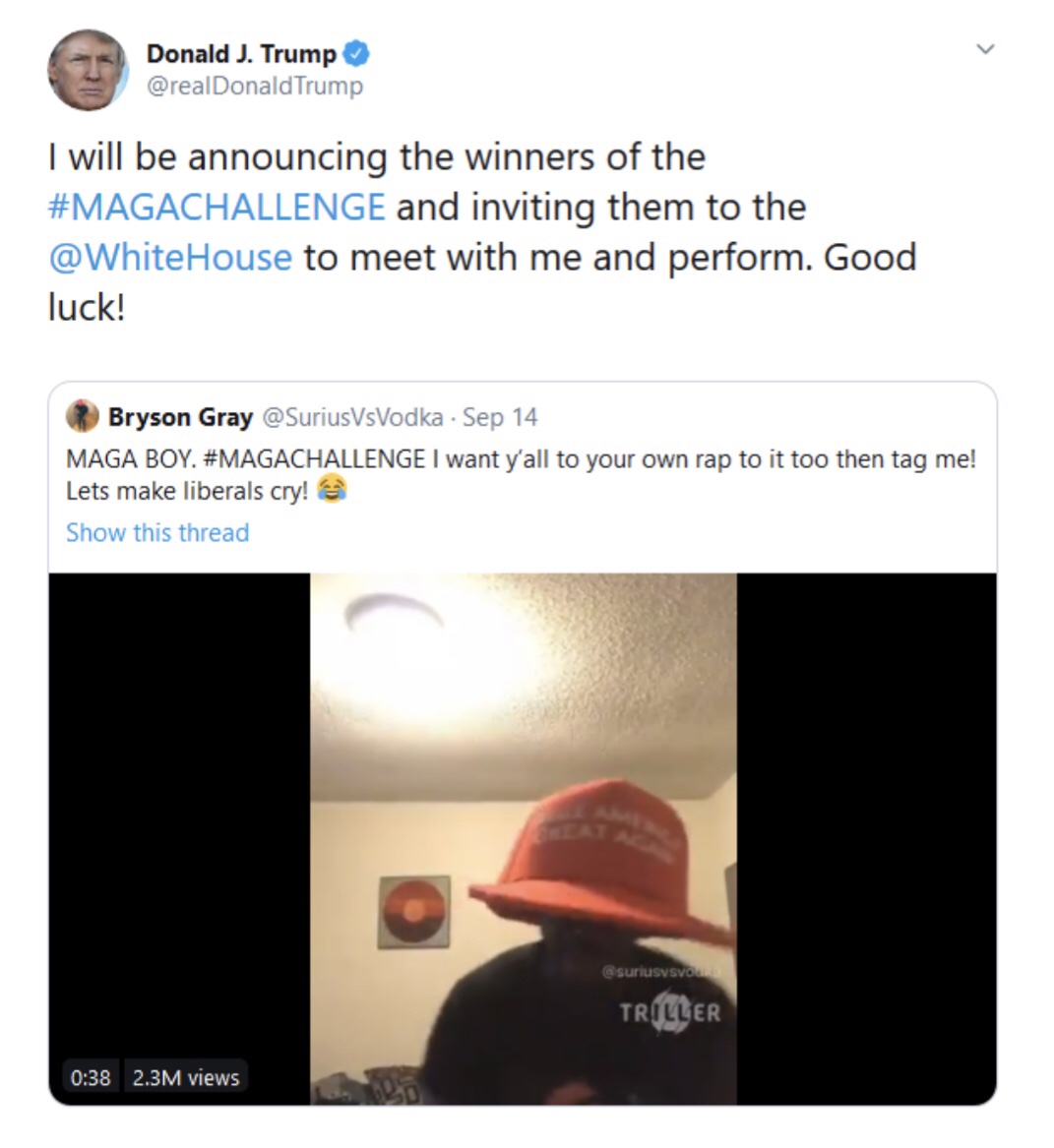 When Bryson Gray started the #MAGACHALLENGE, he was daring other pro-Trump republicans on Twitter to jump on the official #MAGACHALLENGE beat and record a verse alongside his already-recorded verse and chorus. But with no official website or rules outlining what the #MAGACHALLENGE is, President Trump’s tweet has sent Twitter into a frenzy.

With people not truly grasping that the challenge is based on Bryson Gray’s “MAGA Boy” song and corresponding beat, Trump supporters have started submitting all types of music in an effort to ride the #MAGACHALLENGE hashtag wave, go viral and be the lucky winner invited to the White House.

Like anything in US Politics, the #MAGACHALLENGE has got its naysayers and outspoken critics as well. Anti-Trump Twitter mobs have been slamming many of the #MAGACHALLENGE participants, especially one’s who aren’t naturally good at “rapping” and are merely participating as a show of support for the President. Many see Trump’s support of this challenge as a thinly-veiled attempt to court black/urban votes and think the whole thing is a circus.

Leading cat charity’s volunteers are proud and full of the feel-good...

Can the City of London Survive Brexit?