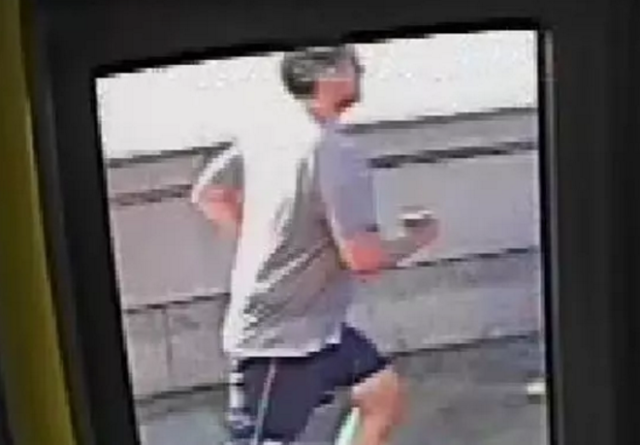 Detectives investigating an incident where a man appeared to push a woman into the path of a bus continue to appeal for witnesses and information.

A second man, aged 41 [B] was arrested on the afternoon of Saturday, 12 August on suspicion of grievous bodily harm following information received in response to a CCTV appeal about the incident on Putney Bridge on Friday, 5 May.

The man was taken to a south London police station and following further enquiries, he was released with no further action later that day.

This followed the arrest of a 41-year-old man [A] on Thursday, 10 August. [A] was eliminated from enquiries on Saturday, 12 August.

At about 07:40hrs on Friday, 5 May the 33-year-old victim was walking across Putney Bridge on the east side heading towards Putney Bridge tube station when a male jogger pushed her. He knocked her over into the road and into the path of an oncoming bus, which narrowly missed her.

The bus stopped and some passengers got off and rushed to the victim’s aid. She suffered minor injuries.

About 15 minutes later the jogger came back the other way across the bridge. The victim tried to speak to him but he did not acknowledge her and carried on jogging.

The jogger is described as a white man, aged in his early to mid 30s, with brown eyes and short brown hair. He was wearing a light grey T-shirt and dark blue shorts.

Officers continue to appeal for witnesses to the incident or anyone who recognises the jogger pictured on CCTV to get in touch.