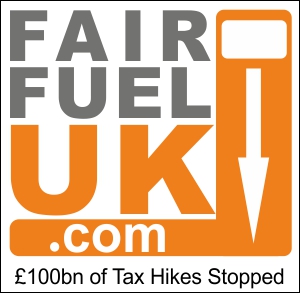 FairFuel UK is grateful for the 9th consecutive year in the freeze in fuel duty.

Ever since the Treasury’s disingenuous leak to hike fuel duty to emotively raise peanuts for the NHS, the FairFuelUK Campaign have been lobbying hard with Robert Halfon MP to ensure this Tory Party’s decision to political suicide was not implemented.

Robert Halfon MP for Harlow said: “Great news after a strong campaign with FairFuelUK and Howard Cox. Motorists are safe for another year. Dellighted that the Treasury has listened to millions of drivers across the UK. Fact remains lowerfuel duty means a boost to the economy”.

The UK currently has one of the highest fuel duties in the world at 57.95ppl, despite the freeze in 2011 to date. At 25 September 2018 spot exchange rates, German fuel duty comes in at 50.5ppl, Australia is at 21ppl and while the USA’s average level is 10.4ppl

Londoners munch through more than 13,260 chocolate bars in a lifetime

10year old talented local gets the chance to perform on Sky...

COVID-19 lay-offs and redundancies: what you need to know