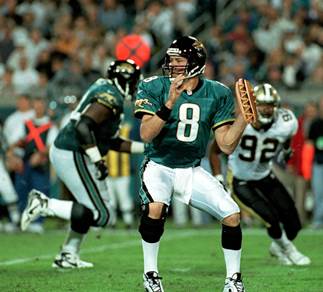 To celebrate the upcoming NFL London games, Fire & Smoke, a cooked meat brand specialising in flavour from the American Deep South, has teamed up with the Jacksonville Jaguars to make history with an official attempt of the GUINNESS WORLD RECORDS title for the Longest throw and catch of a hotdog sausage into a bun which will be attempted at London’s Millennium Arena on Wednesday 24th October 2018.

Former Jacksonville Jaguars quarterback legend, Mark Brunell, has been picked to take on the challenge, which will be followed by a free professional NFL training session ran by Mark himself and free Fire & Smoke hot dogs for participants*. The Jacksonville Jaguars’ cheerleaders and mascot, Jaxon De Ville, will also be performing at the event.

Strict guidelines have been put in place by Guinness World Records to set the new record, including that the hot dog must be no longer than 5.5 inches in length and must be caught in a pre-sliced 7-inch bun. It will be at the discretion of the challengers whether they wish to add condiments.

The Dancook 2018 range of barbecues and firepits is to die...