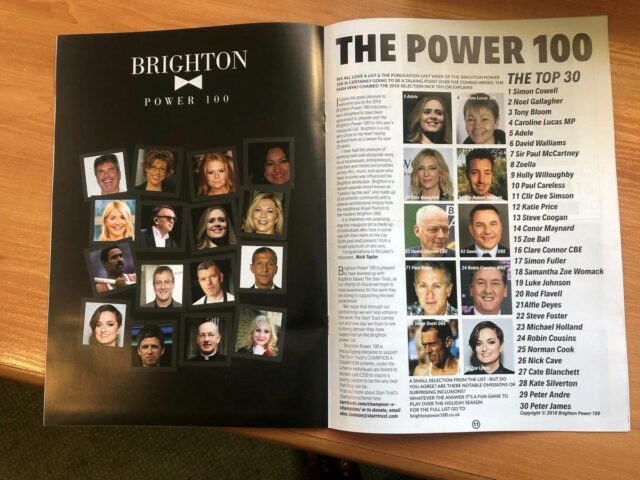 London locals are being given the chance to have their say on who will make 2019’s Brighton Power 100 list.

Now in its second year, the Brighton Power 100 list aims to celebrate figures from Brighton and surrounding areas who are making a difference and positively influencing society.

Brighton Power 100 is an annual list of the 100 most influential people in Brighton. Their inaugural list will include a wide variety of high achievers and power players in the city and from the city of Brighton!

Leading Brighton lawyer Nicholas Taylor of Healys LLP will preside over the list as he was re-elected to the role of Brighton Power 100 President for 2019’s list.

You can now top up your Oyster card ‘on the go’

Help keep cats safe at Christmas with these simple steps

Local singer songwriter follows in the footsteps of Ed Sheeran at...