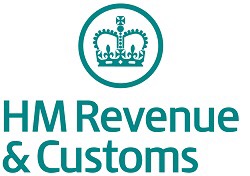 Edward joined HMRC in 2012 after several years in HM Treasury, and is the department’s most senior tax professional.

During his time at the department, Edward has fulfilled the roles of Tax Assurance Commissioner as well as leading the former business group Central Tax and Strategy.

As the former Head of Profession, Edward has also been responsible for overall policy partnership with HM Treasury. Since April 2016, Edward has chaired HMRC’s Board.

Speaking of his retirement, Edward said:
“After nearly 40 years in the world of tax, and the last 13 working in HM Treasury and HMRC, I have decided to retire from my role as Chair of HMRC.”

He added “We have just delivered our best ever annual performance and I am immensely proud to end my professional career in tax in the department which is at the heart of the UK’s tax system. My colleagues across HMRC continue to deliver the vital work we do with huge talent and professionalism and the department is well on track to fulfil the vision of becoming a world class organisation.”

Study shows London to be the fourth most prepared city for...