Slangs are a variety of informal, shorthand, or fun words created by groups of people in certain groups. Found in regions, languages, and dialects all over the world, they are often used for informal and fun conversations between like-minded people. In this article, we are going to focus on English language slang words. We are going to share with you a bit of history on slang, thoughts on how and why it is used, and compare slangs from around the world with one another. Intrigued? Read on to find out all you’ve ever needed to know about slang.

As mentioned, slang is an informal language used within a group. These groups are often located in the same area or share the same passion or even profession, as the professionals behind letslearnslang.com state. They add that Slang often helps people communicate in these groups while making them feel part of a shared experience. These words are often only used within these particular groups or areas, leaving outsiders perplexed about what is being said. In some ways, this is part of the charm of having your own slang words.

The word ‘Slang’ itself was first recorded in 1756 in the UK, referring to “low or disreputable” people. This slowly phased out as an insulting phrase but the word remained, becoming instead related to low or poor language skills. This has slowly been twisted into a more fun reference to short, colloquial, deliberately fun language, rather than viewed as poor or incomprehensible language.

Slang can evolve from moments of anger, joy, sadness, or any other strong passionate emotion. It can often come from a mistake or randomly selected word by the speaker in this heated moment, accidentally using a new word or misplaced word as an insult or expression. If this word is then heard and picked up by similar like-minded people and used again by them, you have the beginning of a slang formation.

For example, you could imagine that the word “sucker” was used as an insult in a moment of argument or confusion somewhere in America. Overheard by fellow colleagues, students, or friends, they thought it made sense, that “sucker” sounded as if someone was being used or being foolish. This gradually became a normal, widely adopted insult to many across the world! This is an example that has spread far and wide, many slang words in fact stay quite local.

Why Is Slang Used?

As we have said, slang is often adopted by small, like-minded groups. In many cases, a slang word is a way to set themselves apart and show that they are a solid group or unit. These slangs can form parts of in-jokes or regional dialect not to be understood by outsiders. They often create a sense of community, friendship, and knowledge amongst similar or local people. Whether this group is associated with a certain location, sport, work, or otherwise, they know that when they hear a certain word, they are amongst friends.

As most slang is regional, it is easiest to compare slang from around the world. As we are sticking with the English language, we’ve chosen three English-speaking areas to compare some slang. Let’s take a look at London, California, and then Hawaii.

Londoners have had many slangs over the years, some of which are regional to London alone, some adopted by much of the UK. Cockney rhyming slang is one of the most famous slangs in the world. Used mostly between 1880-1920, Cockney rhyming slang originated from criminals wanting to describe things between themselves without being caught out. They used rhyming phrases to repace real words. For example, “apples and pears” was used to replace “stairs,” while “pork pies” was used to replace “lies.” These, over the years, have been shortened to simply “apples” for “stairs” and “porkies” for lies, and are often adopted by British-speaking people across the country.

In California, over time, many English language words and phrases have been slightly altered to have new meanings that probably wouldn’t be understood by other English speakers. While this happens across the country, California has a very strong slang. For example, if you were to say “bomb” in Britain, people would assume you were talking about explosives! However, in Cali, if you say “bomb” it means something is good. For example, “That music was the bomb.” A word originating from California surfers is “gnarly.” This can be used to describe something good or bad, strangely! It is understood by most English speakers but not necessarily adopted elsewhere outside of surf culture.

Hawaii, of course, has multiple languages. There are still some speakers of the native Hawaiian language, however, it was mostly replaced by English for many, many years. This means that Hawaiians have a great set of regional dialects, slangs, and pidgin phrases. Compared with the above, they have mixed the two languages for a lot of their slang. For example, “braddah” which has been adopted from brother and is used to refer to a man you’re just meeting in a friendly way. Another example is “hale” which means ones own home. 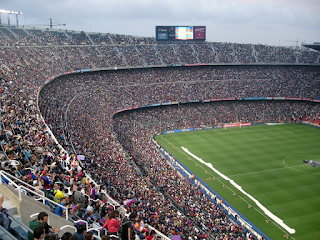 It is worth quickly discussing slang in sports. Of course, sports fans become a huge group of like-minded and similarly passionate people. This is the perfect breeding ground for new slang words to form. “Knocked it out of the park” was the phrase used by commentators at baseball games for a shot that left the stadium. This became synonymous with something being done really well and is now used and understood by people all over the world.

On the other hand, in running, a “bonk” is when a runner hits the proverbial wall and completely runs out of energy. “Bonking” has not become part of the wider English-speaker’s vocabulary, so not all sports terms become popular.

As you can see, slangs develop from a variety of places and can take on a variety of meanings. Some are rapidly adopted by a wider group while others are absolutely not. One similarity amongst the differences, though, is that they all originate from a certain shared experience, whether that’s a location, a sports event, or a workplace.

Things to do in London | London’s only handmade candy experience

Experience the future of DNA Dining with YO! Sushi