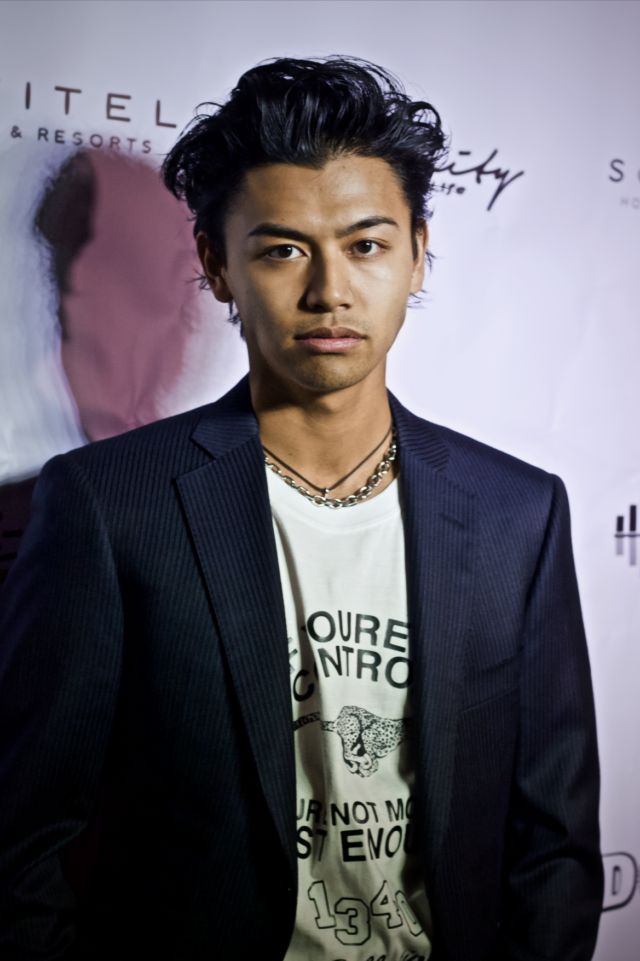 Justin Escalona has found great success in the streetwear clothing scene with his brand 1340 COLLECTIVE. This week on February 16, he is releasing his long-awaited collection about old school Hollywood. ROUND 41 features two pieces, a hoodie and a t-shirt.

Before Justin created 1340, he was pursuing a career as a film director. He was enrolled at the prestigious University of Southern California School of Cinematic Arts. Most people wouldn’t directly correlate a relationship between film and fashion, but after sitting down with Justin he told me a much different story.

How do you use your knowledge of film to enhance your clothing?

Justin: “The way I approach design is not by trying to just make a “cool design”. I love there to be a deeper story that people can relate to. While I was a student at USC, they were really focused on educating us on how to properly tell a story. I have a saying, “don’t sell products, sell a story”. With all of my pieces I try to find a general theme and expand on it. For example, I have a piece coming out in this new collection that has the quote, “If you’re in control, you’re not moving fast enough”. I love this because not only does the design look cool, but even in such a short phrase you can imagine an entire story about it.”

What inspired this new collection?

Justin: “Over the past few weeks I’ve been trying to get back in the habit of actually going to the movie theater. Sure laying in bed watching films on Netflix is cool, but it’s nowhere near the same experience. Going to the theater has such a magical touch to it. It’s an actual escape to the world for me. Two hours of just zoning out and just being transported into the world of the film. I wanted to pay my respects to that feeling and make a hoodie about old school Hollywood.” 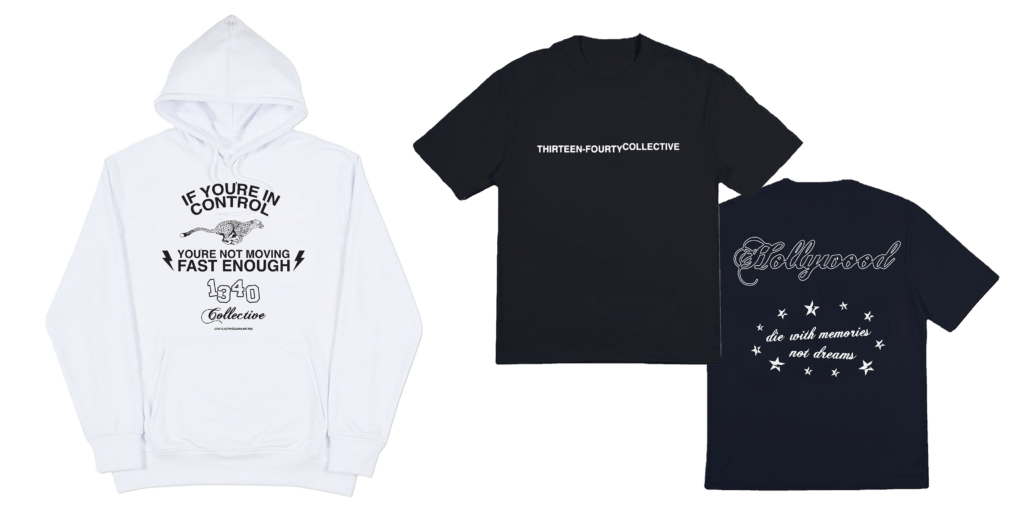 I noticed that you recently decided to change the 1340 logo. Why’d you make that decision?

Justin: “For the past four years we’ve had the same logo. It was just a simple lightning bolt with “1340” written under it. As the times have been changing, I’ve noticed that a lot of other not as established brands have been featuring lightning bolts on their pieces. I didn’t want to be grouped into that category of someone who looks like they’re just following trends, so I made the executive decision to change it up. I found a way to freshen the logo while still keeping our roots. Our new logo is a star, but a lightning bolt lives within it.”

Do you plan on collaborating with other brands?

Justin: “As of right now, my focus has really been heavily focused on making ROUND 41 as perfect as possible, but that’s not me saying no. I love the idea of collaborations. A big part of our company is establishing relationships with celebrities/musicians/influencers. We’ve been actively seeking new people to work with and are very open to potential collabs!”

Any advice for someone trying to make a brand?

Justin: “A lot of people ask me all the time how they can start their own brand. My tip of advice is don’t stress so much about the business side when you’re still developing an idea. Let the creativity flow first then figure out how to make money with it after. Make something new and fresh. Don’t be that guy who makes a shirt with a rose on it and put’s their logo next to it. That’s been done millions of times. Make something unique, and it’ll become successful.”

Go check out 1340’s new collection! You can find their stuff here!

London Based Fintech Companies to Look Out For

Sian Berry wins Mayor’s agreement that a basic income is ‘worth...