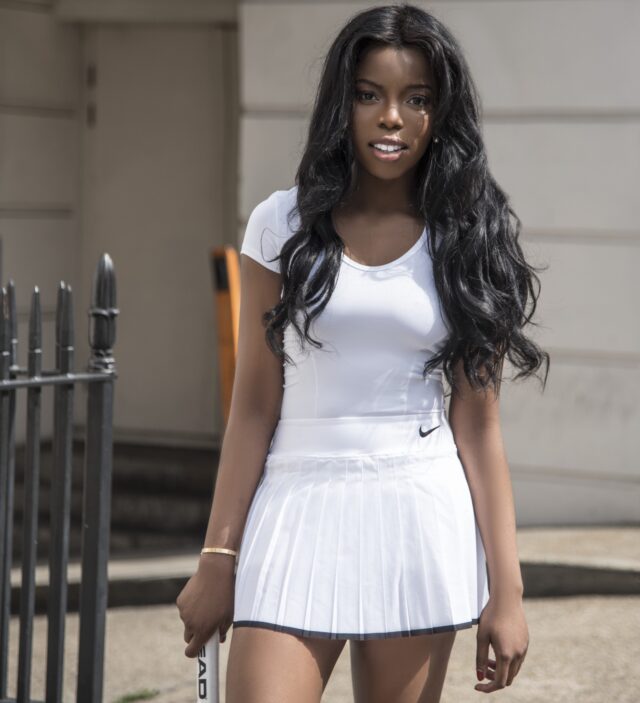 • The economic influencer has been outed as living in a home worth roughly £3.2million in Marylebone, West London during self-isolation
• The Corbynista previously lived in a flat in Holland Park, West London worth £2.5 million.

Self-styled anti-establishment twitter figurehead Portia Antonia Alexis faced fierce online backlash after it emerged,she is currently residing in a £3.2 million home in Marylebone, West London. The economist and social media influencer who has written research papers on social mobilityand income inequality and amassed followers on various social media platforms speaking on these issues was met with fierce backlash when the information was revealed. Social media users labelled her as the ‘epitome of a champagne socialist’. They felt ‘betrayed’ when it emerged that she was self-isolating in the prime central London enclave during the COVID-19 lockdown.

One outraged Twitter user wrote: ‘These socialist millennials’ love a revolution but go back home to their gilded lives’ and claimed they felt ‘betrayed’ by the influencer who has gained a large online following by posting socialist views. Several others pointed out that the so-called anti-capitalist Alexis was living in a home worth millions of pounds in a prime postcode while tweeting about governments failures to provide for minorities during the COVID-19 outbreak adequately.

Over the last few weeks, Alexis joined the thousands of anti-capitalist tweeters who criticised the government’s response to the impact of the COVID-19 on minorities and that below-average income. The twitter influencer- who writes and researches social income inequality and is a self-claimed ‘Corbynista’ – was outed after an eagle-eyed follower spotted her jogging around the area and did further research.

The revelation led to her being called a ‘fake’, ‘hypocrite’ and a ‘champagne socialist’ on Twitter. Jane Anderson tweeted: ‘Portia Economics living in a 3-million-pound house, joined an attack on the government’s response to the poor during corona lockdown. Oh, the irony!’

Camilla Arnold wrote: ‘Portia Alexis loves a revolution but then logs off to sleep in her mansion #fakeass.’

Amanda Lee posted:’ This Portia Economics has to be the biggest hypocrite going.’

James Carmichael added: ‘This girl is the epitome of a champagne socialist.’

Another user wrote: ‘Without any sense of irony, she has become the new face of Anonymous…’.

John Baker wrote: ‘I wonder if anti capitalism Portia Alexis was driven to her daily shop by her Chauffeur in the Merc? What a hypocrite’.

Another user tweeted: ‘Portia Alexis tweeted then left to hobnob in her central London mansion. What a two-faced hypocrite!’

AmyTurner said: ‘#Portiaeconomics #Hypocrite Before spouting anti capitalism nonsense give up the millions u made from capitalism!’

Amy Hopkins wrote: ‘That ardent Anti-Capitalist, Portia Alexis, likes to be driven. Unlike most of her supporters.’

Speaking of the high percentage of ethnic minorities represented in COVID-19 deaths Prof Gurch Randhawa of the Institute for Health Research at the University of Bedfordshire said the government has failed to consider Britain’s diverse population when planning its Covid-19 response.

He said: ‘COVID-19 has hit the BAME population hard, both in the community and among healthcare staff. This is well publicised in other countries, for example, the US but in the UK we are still playing catch-up. For example, approximately 35 per cent of intensive care admissions for COVID-19 are of BAME origin, partly due to a greater prevalence of diabetes, high blood pressure and cardiovascular conditions, when only 14 per cent of the UK population is BAME. ‘Throughout the pandemic, the government has consistently failed to undertake a proper equality impact assessment of its response to COVID-19.

“We also know that some BAME nurses and healthcare assistants in the NHS often receive more ill-treatment than their colleagues, a well-documented phenomenon backed by decades of research. In the context of the present crisis, this means they may have worse access to PPE, more trying shift patterns and greater exposure to COVID-19 patients.

‘The government has failed to appreciate that the UK’s diverse population requires lockdown measures that recognise the economic and social inequalities experienced by BAME communities. For example, as part of the lockdown strategy, the government advised that places of worship close; the BAME community is on average more religious and religious centres play a much more significant role in alleviating food poverty. ‘A more sensitive approach would have either proactively ensured that places of worship adopted a takeaway method for safe food delivery to people’s homes, or provided clear advice as to how people experiencing food poverty could safely collect food from places of worship.

‘The final reason for long term health inequalities that may be experienced by BAME communities is the switch to video and phone consultations as the main way to access primary healthcare during the lockdown. ‘The patients least able to adapt to these new methods are likely to be poorer than average and disproportionately BAME. We need to urgently review these primary care arrangements to ensure that all patients can negotiate access to medical advice via phone or video consultations, otherwise many patients who require healthcare will delay seeking help for several months.’

JOB TODAY are on the hunt for London female workforce to...