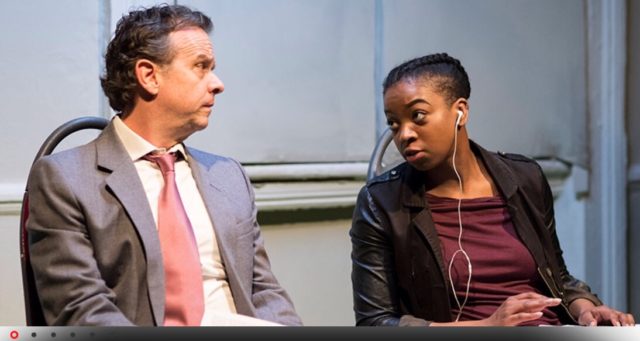 Masterpieces opens on three couples – Rowena and Trevor, their friends Yvonne and Ron, and Rowena’s mother Jennifer and stepfather Clive – having dinner in a restaurant. They exchange sexist jokes to a variety of responses: some laugh uproariously, some uncomfortably, and one is deeply unhappy.

Masterpieces is the story of Rowena, and her journey from seeing a pornographic magazine for the first time, to a thwarted attempt to help an unhappy prostitute, from uncomfortable laughter, to radical and disgusted protest at female subjugation. A passionate indictment of pornography, the objectification of women and those who condone violence against them.

Masterpieces was originally produced in 1983 at the Royal Exchange Theatre, Manchester, before transferring to the Royal Court Theatre where it won Sarah Daniels the London Theatre Critics Award for Most Promising Playwright. Extracts from the play were also performed at the National Theatre in a one-off platform performance in 1999 as one of their ‘100 Most Significant Plays of the 20th Century’.

Taboos in the TEFL classroom

Is your funding in place for your next property development?

All About Holborn Assets

Taboos in the TEFL classroom