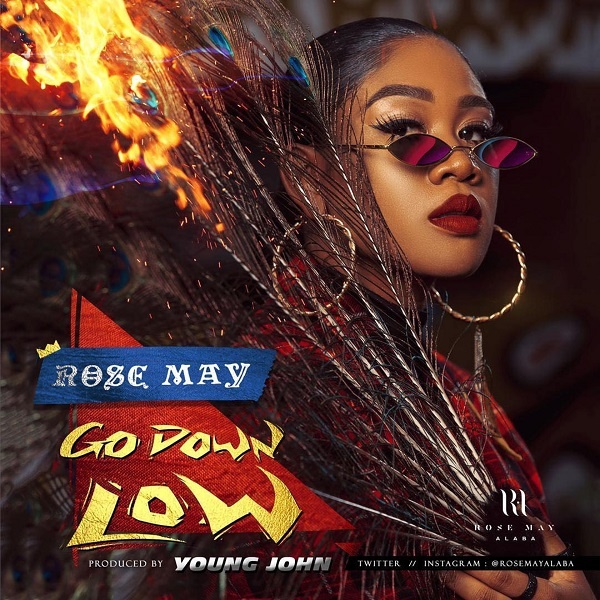 Rose May Alaba was born on May 26th, 1994, in Austria.
She grew up in Vienna with her Philippino mother, Gina Alaba, Nigerian father, George Alaba and her older brother David Alaba.

Rose May knew from her early age on that she wants to be a musician when she grows up. Her parents recognized her talent when she was only 6 years old. “Every time she’s on the toilet for a longer time, she would start to sing Whitney Houston or Christina Aguilera songs. By that time we knew that our daughter has a talent for music.” her father said. Luckily she has parents who supported her from day one to become the singer that she is today.

By the age of 8, she started taking piano lessons. After finishing elementary school she took vocal lessons and began to find the passion of writing her own songs. Playing the piano wasn’t enough for her as she decided that she wants to learn how to play the guitar. Rose May taught herself by the help of youtube how to play the guitar.

In 2011 she took her chances by attending casting shows. She was rejected at the “Helden von Morgen” Casting as the jury said that she was too young. A few months later she didn’t give up her hopes and tried it one more time at a different casting show called Popstars. Successfully, the singer made it into the band BFF with two other singers, Julia Varias & Catherina Bieber. As they had recorded an album and went on tour through Austria the band discovered that that’s not the style of music they want to keep on doing individually. So they decided to call it quits in 2013.

Meanwhile, Rose May studied for 3 years at the acting school and successfully graduated.

She auditioned for the musical “Spring Awakening” at the English theatre in Austria and got the role of Martha. She noticed the love she had developed for musicals so she encouraged herself to audition for the musical “You’re a good man, Charlie Brown” and landed the role of the infamous dog called Snoopie.

After that, she decided to pursue her true dreams and first love which was music and started a professional career.
In 2015 she released her first single “If all of this is you” as a solo artist. She had a rocky start, nevertheless, she took the time to figure out what kind of style she wants to have for the second single. One year later, she released her new single “Love me right” which was a totally different sound as she worked with another producer, Rodney Hunter, and it was a huge success – the fresh sound she brought to the table made it to the #1 on the Austrian iTunes Charts for almost 4 weeks.

After this success, projects after projects started to roll in.
The big firm Coke asked Rose May to write the unified song “Can you feel it” for the Special Olympics World Games 2017.

As months went by Rose May started working on a new project with a Songwriter from Germany, named Menno Reyntjes. They wrote a song together titled “Take Your Time” produced by Boris Fleck.

Working with different artists and producers she discovered the love for afrobeats which led to her latest single where she collides pop music & afrobeats called “My Love (sabi o)”, produced by Adrian Louis & Sovida Beatz written by Rose May Alaba.

Meanwhile, Rose May worked on new songs and achieved one of her musical dream which was to collaborate with a Nigerian artist. She collaborated with Mayorkun and producer Kiddominant on her new single titled “50/50”, which went on to the top of Nigeria and on Nigerian iTunes Charts.

With the latest single “Go Down Low” Rose May managed to create the perfect summer hit for 2019 together with Nigerian producer Young John. “Dance your stress away” is her motto for the song.

Now she is looking forward to facing the challenges that will bring her to the top.

YOU CAN VIEW THE MUSIC VIDEO HERE: https://www.youtube.com/watch?v=nX9LTjuUmTE

We had a chat with her:

You’ve just released your new single “Go Down Low” – how has the reception been towards the new track?

It has been really good. Now that i’ve found myself loving my music and standing behind it 100% – cause you know it takes time and the right people to help you find the music that sutis you best – but i can tell that people notice it too and they love it.

What was the writing process like for the single Go Down Low?

Awesome. I was in Nigeria at that time I travelled down there to make my sound more authentic which was a great choice I had made. Young John, the producer of the song, and I we’re in the studio together just vibed and it turned out great.

Do you often find that your music is a reflection of your past and growing up as well as the members? Is it important for you to write about your past within your music?

I write about stuff I feel at the moment. If its the past im reflecting on in my mind at that time that’s what imma write about.

Who would you say your dream collaboration is?

I have a lot. Rihanna, Kendrick Lamar, Burna Boy, Fire Boy, Stefflon Don and many more…

Are there any plans for a UK tour?

Definetely. I would love to do a tour in the UK – this would be a dream come true.

Finally, what else can we expect from you in 2019?

I’m dropping my next single by September and an EP by October. I’m very excited, cause it won’t sound like the music i’ve been dropping so far. So stay tuned for that.

Boris Johnson will inspire a bounce-back for the Prime Central London...

Reebok and JD Sports Collaborate with UK Artists to form The...

London home to the unluckiest places to take driving test in...