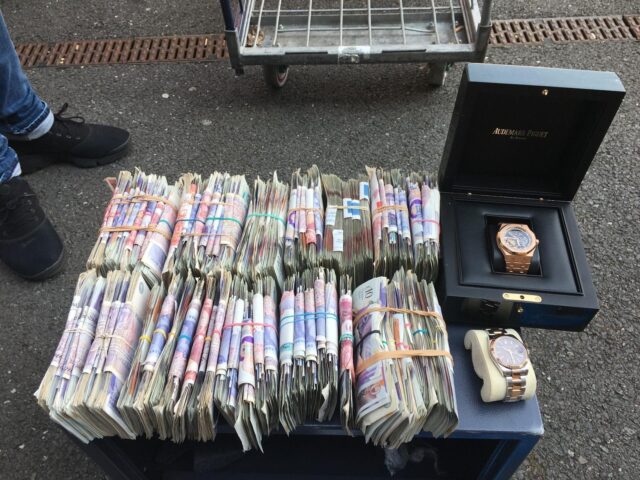 Six people have been arrested and £100,000 cash has been seized as part of an operation targeting suspected “county lines” drug route running from South West London

Following a series of early-morning raids, police have arrested three females and three males, aged between 18 and 24 years old, on suspicion of Conspiracy to Supply Class A Drugs and possession of criminal property, following an operation led by the Met’s South West Gangs & Proactive Unit.

The warrants took place today, Wednesday 24 June, at a number of residential addresses predominantly in the borough of Wandsworth.

The operation was supported by officers from Hampshire Constabulary who conducted 5 arrest enquiries across a number of residential properties in Hampshire.

The warrants are the culmination of a long term proactive investigation into drug dealing and organised crimee in the Wandsworth area.

The operation was carried out with the assistance of local officers, the Territorial Support Group (TSG) and the Police Dog Support Unit (DSU).

The BOOZY business lunch could soon be a thing of the...