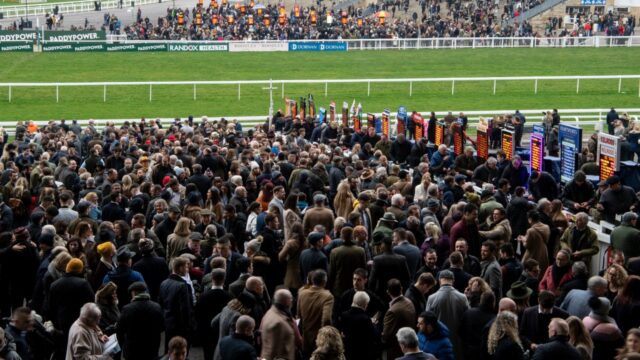 2020 hasn’t been a classic for sport, and many fans will be hoping for a 2021 that offers a little more normality, especially when it comes to attending. In some countries around the world that is already beginning to happen, and even across the UK there had been test events over the summer as well as the opportunity to watch amateur sport.

2021 could prove the year that major events begin to let fans back through the gates, particularly if a vaccine for the coronavirus begins to be rolled out. There will be a number of major events to keep your eyes on both in London and outside of the capital.

Below you’ll find four of the key events that could be instrumental in sport returning to its best, and what is currently being said about them letting fans through to watch…

The Australian Open is one of the first major sporting events of the year with the tennis Grand Slam taking place in January.

Reports are suggesting that across the two week event, over 400,000 fans will be welcomed into Melbourne Park, which is essentially half it’s capacity over the period. It would really add to the event and it’s expected to be an exciting tournament already, with Naomi Osaka and Novak Djokovic currently the big favourites with the bookies in the women’s and men’s singles event.

Should it be a success, it will set a precedent for the rest of the Grand Slam events, particularly Wimbledon, which is not only one of London’s best venues, but one of the most prestigious sporting events in the British calendar.

The government were heavily criticised for allowing fans at the Cheltenham Festival in 2020, but we could see a return of them across the four days in March, although likely at reduced capacity.

It’s one of the British events people will be looking to see the success of when it comes to reintegrating spectators into sporting events, alongside Premier League football in the early few months of the year, and people are itching to get back.

Cheltenham is one of the UK’s most exciting week’s of racing with millions of bets placed on the race. 2021 will be no different and there are already plenty of bets and trends going on the event, with last year’s winner Album Photo tipped to win for a third time.

Of course, it’s very early to be thinking about betting on the race, but that isn’t stopping people, particularly with many bookies already building up to it, offering the likes of non runner no bet and other offers to get punters interested early such as Cheltenham Accumulator insurance, which offers you your stake back if one selection on your acca doesn’t win.

The early hype around betting on Cheltenham is also seeing many people buy tickets. It’s an encouraging sign that you can register interest to buy tickets and purchase hospitality, and by mid-March it is likely spectators will be allowed to elite sporting events, at least in some capacity. Cheltenham could well be one of the key tests in ensuring that continues too.

While the Australian Open and Cheltenham are huge events in those particular countries, it won’t be until Euro 2020 when a major international sporting event takes place, as hundreds of thousands of fans will be travelling across Europe with the event taking place in 12 different countries as it stands.

Games will be played in the UK, both at Wembley and Hampden Park and the UK Government do believe that fans will be able to go to games, including the England v Scotland fixture.

There has been talk that the tournament may end up being held in one host country, to limit the large amount of travelling across the continent, with England, Russia and Germany being potentially earmarked by UEFA according to reports.

Then of course there’s the Olympics. While Euro 2020 is expected to go ahead with fans or without, the IOC are hesitant to allow the Games to go ahead if spectators can’t be in attendance.

The Olympics get underway in July 2021 and at present they are ‘very confident’ fans will be able to attend thanks to the vaccine. They have previously suggested the event won’t go ahead without fans, and it is hoped that by the summer, sports events will be back to full capacity and the Olympics can be a real celebration of that.

THE MALL WALTHAMSTOW PROVIDES LIFELINE FOR LOCAL CHARITY, THE LIMES

Met committed to increasing diversity of workforce further and faster

The new ‘Vision Express at Tesco’ store in Dover has officially...

Anna Kennedy OBE records her first autism session in 2019 for...

The Oscar Wilde Season is coming live to cinemas in the...

THE MALL WALTHAMSTOW PROVIDES LIFELINE FOR LOCAL CHARITY, THE LIMES