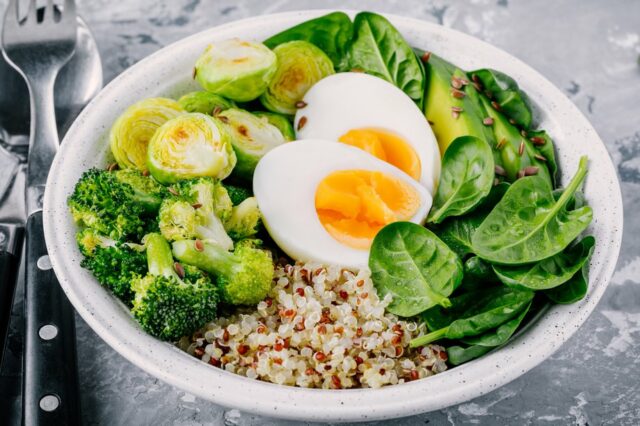 Is September the new January when it comes to dieting?

According to a new study, two thirds of Londoners are set to get back on track with their diet over September, with 60 per cent admitting to putting on weight over the summer.

September has also been voted as the month Londoners are most likely to succeed on a diet. And despite the concept of ‘New Year, New Me’, January was deemed to be the second most difficult month of the year to stick to a diet, according to the research.

The survey of 2,000 adults, commissioned by The 1:1 Diet by Cambridge Weight Plan, revealed that September is becoming more popular than January in terms of fresh starts. It seems many Brits are keen to return to a better routine now the summer season is over and the children have gone back to school, with more than half (57 per cent) intending to start a diet or adopt a healthier regime.

Now that the summer season is over and the children have returned to school, it seems many Londoners are keen to return to a better routine.

In comparison, only a quarter of adults say they will go on a diet in January 2020, with a further 23 per cent claiming the added pressure of committing to losing weight at the start of year puts them off, along with the crowded gyms.

The research also found that 56 per cent of adults gained weight during their most recent summer holiday, with the average Brit gaining 4.5lbs. Yet, for 14 per cent of the UK, this weight gain equated to more than half a stone. Only one in six people polled said they did not put on weight over the summer.

Eating too much unhealthy food was deemed to be the most popular reason for gaining weight while abroad, while more than a half (55 per cent) attributed piling on the pounds to too much alcohol.

With this in mind, September 9th has been registered ‘Back to You’ Day, the first Monday when school holidays are over across the UK and the nine to five routine can truly return.

Chris McDermott, Managing Director at The 1:1 Diet by Cambridge Weight Plan, said: “Many of us neglect ourselves during the summer months, whether that’s by over-indulging on a summer holiday or losing personal focus while having kids to entertain. This research supports our own data as last year our consultants saw a spike in enquiries during September. It seems clear that people no longer want to wait until January to reset their routines or even adopt a new healthier lifestyle.

“This is even more apparent by attitudes to dieting during January when it comes to people setting goals to lose weight, so people needn’t put themselves under additional stress and pressure.”

Matt Hancock addresses Parliament on the government’s response to coronavirus

The Ultimate and Pawsome Fashion Show Returns to London

All About Holborn Assets

Matt Hancock addresses Parliament on the government’s response to coronavirus

The Ultimate and Pawsome Fashion Show Returns to London