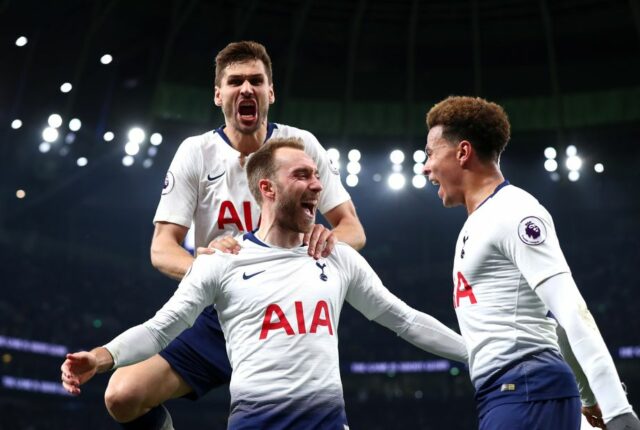 The Premier League is finally back, and the race to be the Premier League winner is on again. There isn’t a London based champion since 2017, when Antonio Conte’s Chelsea won it and it might be difficult for either of the city’s clubs to stop Manchester City or Liverpool.

Still, it will be interesting to see which London side will be in a better position in the 2019-20 season, that is well underway. Chelsea were the side that finished the highest last season, before concluding the season with a piece of silverware in the form of the Europa League. But, can Tottenham Hotspur or Arsenal finish above them this season?

It has been a summer of change at Stamford Bridge with the departure of Maurizio Sarri and the arrival of Frank Lampard. The record goalscorer for the Blues hasn’t enjoyed the best of starts to his tenure as manager, with Lampard yet to taste victory in any of his three competitive outings.

Chelsea began the season with a 4-0 defeat at Old Trafford, before a penalty shootout loss against Liverpool in the Super Cup. Their first home game ended in disappointment also as they were held at Stamford Bridge by Leicester City.

The most significant loss for the Blues is undoubtedly Eden Hazard. The loss of the Belgium international, plus a transfer embargo imposed by UEFA, make the Blues get lower on the odds of the online sportsbooks.

There is no quick fix to replace this calibre of player, but Lampard has reiterated that he will give the younger players the chance to fit the large hole left by Hazard. Mason Mount has been an adequate replacement after the first two games, while Christian Pulisic has struggled for form after making the switch from the Bundesliga to the Premier League.

It’s unlikely that the Blues will replicate their third-place finish from last season and with Champions League schedule added, do not be surprised if they do not make it into top 4.

The Gunners have been admired as having the best transfer window out of all the Premier League sides, and it isn’t difficult to see why. Unai Emery has brought in the second-highest scorer from Ligue 1 in Nicolas Pepe, as well as defenders such as David Luiz and Kieran Tierney.

The latter of the two was the best bit of business over the whole summer as the Scottish left-back has all the potential in the world to be a regular in that spot at the Emirates for the next ten years. Meanwhile, David Luiz is a central defender, exactly what the club needed to sort the defensive mess out at the Emirates.

Arsenal have also kept hold of Pierre Emerick Aubameyang and Alexandre Lacazette despite reported interest from China and Barcelona respectively. The Gunners could have the best forward three in the league following the arrival of Pepe, and if Emery is able to mould a partnership between the trio, then they could be the best finishers of the London sides.

However, defensive issues remain the main concern that lingers over the club and whether Luiz is the man to settle that back four remains to be seen.

No Spurs fan would have been expecting last season to end with a Champions League final, and while they may have lost the showpiece event in Europe, it should certainly give the players confidence that they have the ability to match that again.

The club have strengthened over the summer with the arrivals of Tanguy Ndombele, Giovani Lo Celso and Ryan Sessegnon, and how Mauricio Pochettino integrates these new players into his side will be fascinating.

The chances of Spurs largely rest on the shoulders of Harry Kane. The England captain was injured midway through last season, but if he stays fit for the full campaign; then a top-four finish will be the minimum requirement for Pochettino and his team.

Kane certainly looks to be back in the full health and has already scored two goals in his opening two appearances at the start of this season. With a fully fit talisman, it’s impossible to see any other London based side finishing above Spurs.  If you want to know what game has been identified as the “most stressful” game, check out this article here.

Water advocate to run marathon 3 in London as part of...

Gambling Tourism in the UK: Hommy Casinos in Small Towns

Coronavirus: How To Reshape Your Business For Growth?