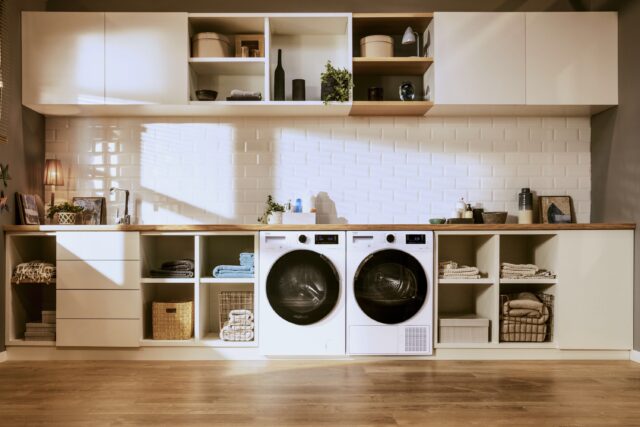 Doing your own laundry has been voted the third worst thing about leaving home, trumped only by cleaning and cooking.

The laundry battle reaches a peak for those in their 30s, the age group that were most likely to see washing as the worst household chore. No wonder, considering Brits living with a partner and children are likely to use their washing machine a whopping 260 times a year (an average of five times per week).

The new research of 2,000 Brits commissioned by home appliance brand Beko revealed seven in ten Brits are guilty of using their parents’ washing machine, with a further 65% claiming their parents have done their washing for them since they left the family home.

Men are more likely to call in a favour from mum and dad than women, where the figure rises to 75%. Londoners can hang their heads in shame as 76% of them have brought their laundry home at some point, the highest rate in the country, in comparison to Manchester, where 39% of people would never dream of asking their parents to help with their laundry.

Reasons people are likely to engage help from their parents include; struggling to keep on top of the load (19%), because their mum enjoys doing washing (18%), being too busy (17%) through to the 11% that just cannot be bothered. Whilst 10% admit there’s no excuse, their parents always do their washing.

Thanks to busy lifestyles and our non-stop schedules, nearly a third of Brits would be more likely to ask their parents to do their laundry, than for a loan. That figure rises to almost 40% in the East Midlands, where laundry trumps money. Forget the bank of mum of dad, we’d rather have clean sheets and freshly pressed shirts for work.

On average people in the UK stop using their parents’ washing machine at the age of 23, but one in ten admitted that they’ll never stop relying on the “launderette of mum and dad”. 36% of Londoners are more than willing to travel an hour just to have their parents exercise their magic touch on their laundry pile. And a further 18% of Brits would make a trip of up to two hours to have those dirty socks sorted out.
All things considered, 35% of Brits said they would prefer their parents to do their laundry for them full time if they had a choice. In fact, over half of us would rather call mum for laundry advice than go to Google or a friend. Reasons we prefer to use the “launderette of mum and dad”, range from preferring the smell of their washing powder, to the fact it’s cheaper and they have more space for drying.

The Coolest Vanity Apps for You and Your Girls

Why getting a weighted blanket should be on your 2020 wish...

Immunotherapy could offer hope for some men with aggressive prostate cancers

Almost half of Londoners spent lockdown searching for a new job