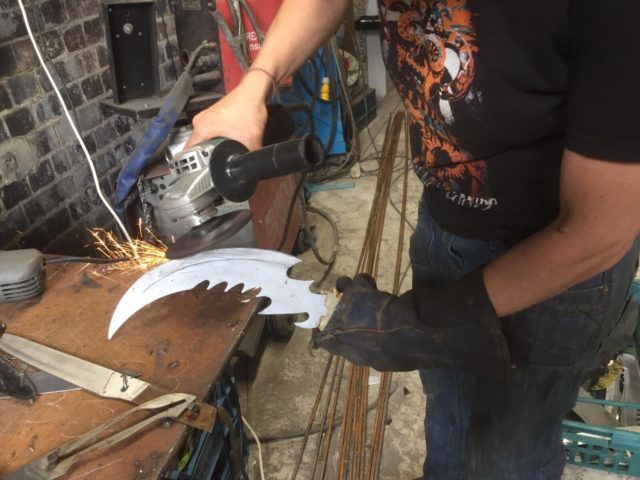 In a very visual and vocal public action, around 800 young people and adults from across East London united today to take a stand against a growing culture of violence and knife crime epidemic.

The community took knives seized by police from the streets of Newham and melted them down to make new garden tools and sculpture for display in an East Ham community garden. Under the guidance of an expert metalsmith and two blacksmiths, local young people helped to create the new pieces ‘live’ onsite.

Attendees joined together in chanting a response to a short liturgy that called for an end to violence. Created for the event by people from several local churches, it concluded with the words “we beat these knives from death to life.”

At the event, Sally Mann, Minister of Bonny Downs Baptist Church and spokesperson for Red Letter Christians in the UK, announced the launch of Newham’s first and only knife surrender bin. Its first year of operation will be funded by Transform Newham, an informal network of churches in the borough, and Newham Council. Working in conjunction with the Salvation Army and Word4Weapons, the UK’s leading weapons surrender charity, the bin is expected to be ready for use by the end of the summer.

The event was the first in the launch series of Red Letter Christians UK, a new interdenominational network of Christians. Attendees included around 200 local residents from a wide spectrum of faiths and backgrounds. 600 young people came together for the 16th annual London Churches Football Tournament organised by Ambassadors Football alongside the event, highlighting how local churches can offer young people positive alternatives. Speakers at the event included Rokhsana Fiaz, Mayor of Newham, and Stephen Timms, MP for East Ham.

Knife offences reached a record 40,000 in England and Wales in 2018 and London accounted for around a third of the total. Last year, Newham also had the highest number of murders of any London borough. 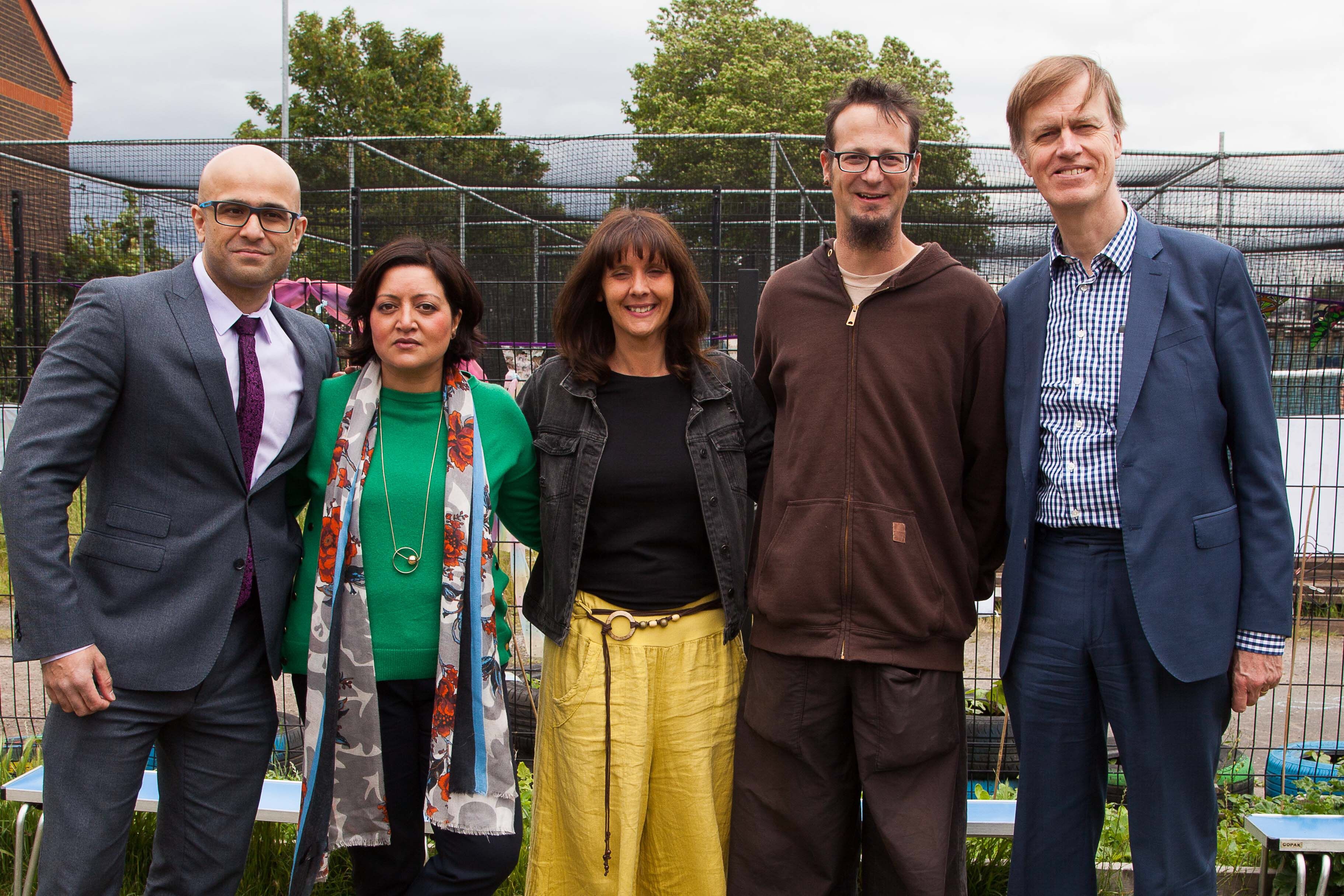 Dr Sally Mann, Minister of Bonny Downs Baptist Church and spokesperson for Red Letter Christians in the UK, said: “Today we’ve seen 800 people vocally and passionately calling for change. We’re determined, in our own small way, to create a legacy that lasts. The beautiful tools and art we’ve created out of knives from the streets will serve as a public reminder that hope can win over hate. We’ve committed today to delivering a knife surrender bin this summer, the only one in our borough. Perhaps above all, we look forward to discussing the great ideas we’ve heard today from many people already working for a safer community about how we can partner together better.”

Shane Claiborne, founder of Red Letter Christians in the US, was guest speaker at the event. He said: “The prophetic vision of beating swords into ploughshares reminds us that life is more powerful than death and love is more powerful than hatred. God doesn’t want to change the world without us, and he invites all of us to participate in building the world we dream of.”

One of the people attending was Paris Tankard, a young man personally affected by the violence on London’s streets. He said: “I’ve seen first-hand how knife crime affects communities, having lost my friend to an attack just four months ago. I’m here today because events like this are incredibly important in helping communities to stand up against violence.”

Waheed Khan, Superintendent of the Metropolitan Police in Newham, also attended and said: “I am pleased to support this Red Letter Christians UK event, which highlights the tremendous work being done locally by so many people to help tackle the scourge of knife crime that blights our community.”

TFL gears up to inspire more people into engineering