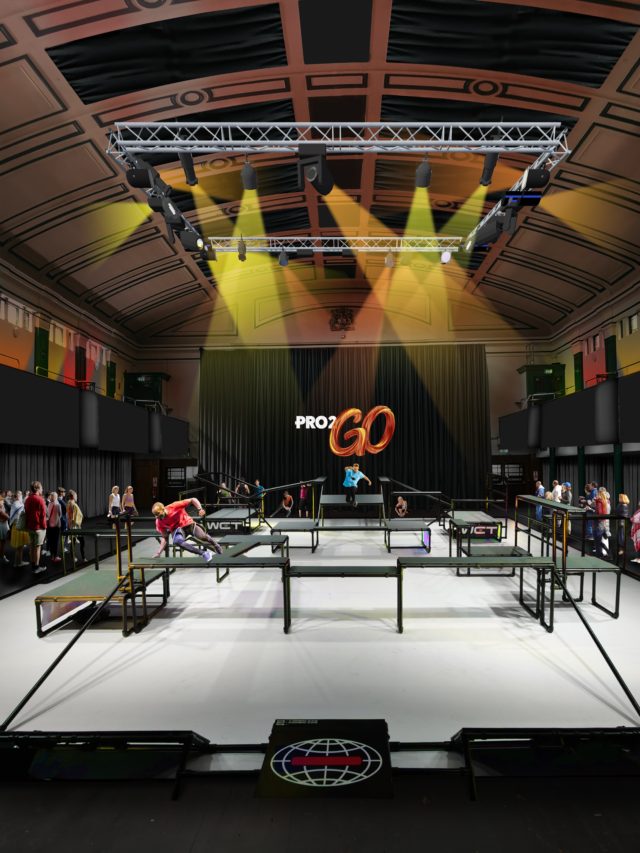 The classic playground game of ‘Tag’ is now a global sport, played by professional athletes with its own governing body, is watched online by over 250 million people – and is heading to London this month.

Protein-packed snack brand PRO 2GO has collaborated with the sport’s international governing body World Chase Tag (WCT) to host the European Championships in the iconic York Hall later this month and a number of lucky Brits will be amongst the first non-pros, globally, to have a go. This latest sport craze perfectly blends parkour and one of the world’s most-played game Tag or, as it is known on this side of the pond, ‘You’re it!’

The course will be open, for the first-time ever in the UK, to players of all abilities and levels. Competitors will use their agility, stamina and brains as they avoid being caught by their chaser. To get involved, the public can book FREE tickets here

Christian Devaux created the game a few years ago following a light-heart row between him and his son about who was better at Tag. Christian was amazed by the enjoyment he gained from the rediscovery of this globally recognised pastime, that he decided to turn this into a mainstream sport.

They developed a formal set of rules and several formats of the game and the first event took place in December 2016 with the footage immediately going viral. Within 18 months, footage from WCT events received more than 150 million views on social. It is now one of the most watched sports on the internet. Not only that, the sport has also made its way into pop culture, when Hollywood released a film about the sport, ‘Tag’ staring one of the most iconic actors on the planet, Jon Hamm.

PRO  2GO have been admirers of the sport and the collaboration comes in time to celebrate the launch of their new protein packed snacks . The brand is all about enabling people to GO.  Their  new range was designed for people who live active lifestyles and love discovering new experiences. They want people to be able to try all the latest and most fun ways to stay active.

So when they saw the latest sporting phenomenon taking the world by storm, WORLD CHASE TAG, they wanted to bring this fun active game to the masses and create an event to ensure that anyone in London got the chance to give it a GO!

The pop-up event for the public takes place across the 26th and 27th June, at the iconic York Hall in Bethnal Green. Ticket holders will attempt a specially designed course in which they will need to duck, dodge and jump over obstacles to evade being caught by their opponent. There will be coaches and trained parkour experts on hand to help attendees learn all the hacks needed to win.

In addition to the public event, Pros from across the globe will be coming together to battle it out to be crowned European Chase Tag Champion on 26th June from 8.30pm.

A range of celebs, fans and influencers who follow the sport will also be at the event including TV Presenter and Strictly Come Dancing star Laura Whitmore who will be joining the legions of fans playing this high-octane game.

Over a third of Londoners now want scooters on public roads

Twenty-eight days is all it takes for a smoker to drastically...