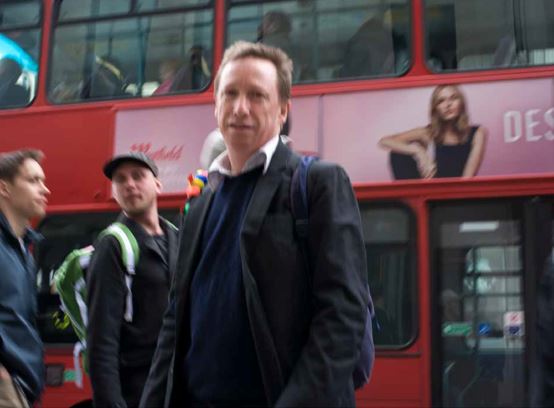 Albany Arts Communications has today announced the publication of The People on the Street, a new book by the acclaimed photographer Nigel Shafran.

Known for his objective yet intimate approach to capturing the everyday, in this book Shafran reverses the direction of the camera, turning himself into its subject matter. Between 2016 and 2017 Shafran approached vulnerable people living on the street in London and Paris, and asked them to take his photograph. The resulting series is presented unedited, in a chronological sequence with a record of each person’s name and location.

This uncomfortable publication has been produced by Shafran in response to the current homelessness crisis: the number of rough sleepers in London has doubled since 2010, with official government data showing that on any given night in autumn last year, 4,571 people were recorded sleeping on the streets.

Often pictured in transient urban landscapes, the photographs reflect on the unacknowledged comings and goings of pedestrians and passers-by as seen from the view of the person taking the picture. Some of the images create poignant juxtapositions of poverty and extreme wealth, set against the backdrop of visible luxury commerce, such as in the images taken on The Strand, a street known historically as the home of rough sleepers and people down on their luck. Through this project, Shafran questions the condition of homelessness that is seen through the frame of the other, where often in photographs homeless people are shown as victims – breaking down the distance between ‘us’ and ‘them’.

Nigel Shafran: The People on the Street is available for £30 in an edition of 500 copies at www.nigelshafran.com

All proceeds from the sale of the book will go to homeless charities.

The Lowry Hotel has made sure it’s all set for a...

Asthma UK has been shortlisted for gong at the 2017 Wirehive...