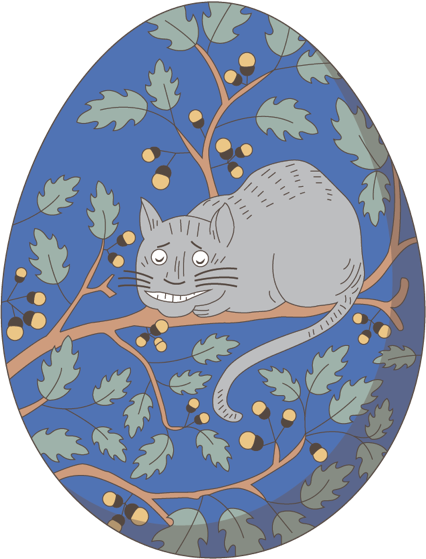 From now until Easter Sunday (21 April), when a customer purchases their coffee through the Caffè Nero app they will have the chance to tap or shake their phone and find one of six prize-giving eggs.

Prizes include 1000s of bonus Caffè Nero loyalty stamps, as well as free vouchers, which can be redeemed for a variety of Caffè Nero products, including coffee, chocolate and sweet treats. Fourteen lucky winners will also receive free coffee for a month.

Each egg has been created in collaboration with the iconic Victoria & Albert Museum, inspired by an Alice in Wonderland illustration by C.F.A Voysey (1857 – 1941).

The campaign returns after the huge success of last year’s inaugural Alice in Wonderland Easter Egg Hunt: more than 300,000 Easter Eggs were opened by customers, and over 100,000 new users downloaded the Yoyo-powered Caffè Nero app, as word about one of the most highly-rewarding high street campaigns spread amongst shoppers.

Campaigns like the “Alice in Wonderland Easter Egg Hunt”, as well as the coffee brand’s award-winning “Christmas Cracker” are viewed as a powerful and measurable way for Caffè Nero to personally engage with customers, especially at a time when shoppers are demanding new personalised ‘more than just payment’ experiences that rewards them for their loyal custom.

Caffè Nero launched its award-winning Yoyo-powered payment and loyalty app in April 2017. As well as using it as one of the fastest ways to pay for their items, at that exact same moment the app enables loyal customers to collect and, most importantly, use their digital loyalty stamps to gain well-earned Caffè Nero product rewards, including a free hot drink.

1 Undershaft: Will The Shard Be Getting A Little Brother?

The March of the Four-Year-Olds heads to Downing Street to call...