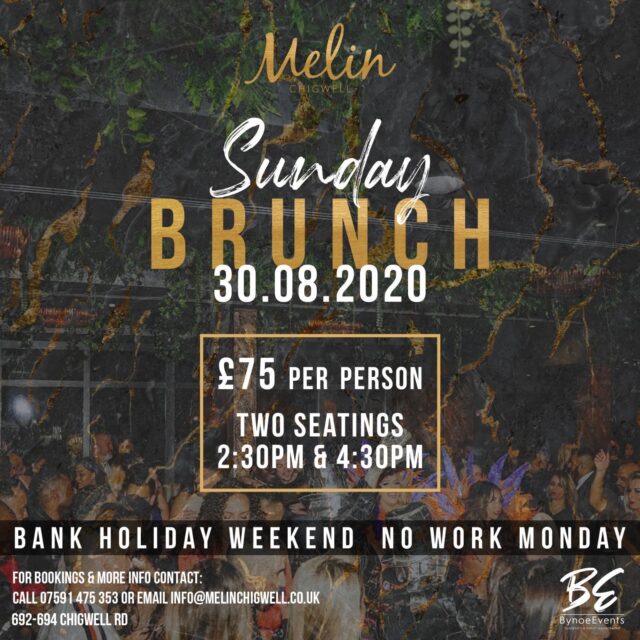 The eatery based on Chigwell Road specialise in Turkish and Mediterranean cuisine and will be bringing a subtle twist of this to the world of brunch!

The brunch is due to launch during the Bank Holiday later this month on Sunday the 30th of August.

The independently run restaurant owned by entrepreneur Ali Melin has gone from strength to strength despite launching before the lock-down, their star-studded launch party in March saw TOWIE stars Lauren Goodger, Sam Mucklow with his girlfriend Shelby Tribble and former TOWIE star Ricky Rayment all make an appearance.

Reality TV stars networked with football manager Teddy Sheringham who was joined by his gorgeous wife Kristina Andrioti during the launch event.

EXCLUSIVE: German Designer Marina Willms tells all as she heads to...

Comedy heavyweights to come together for Comic Relief at first ever...