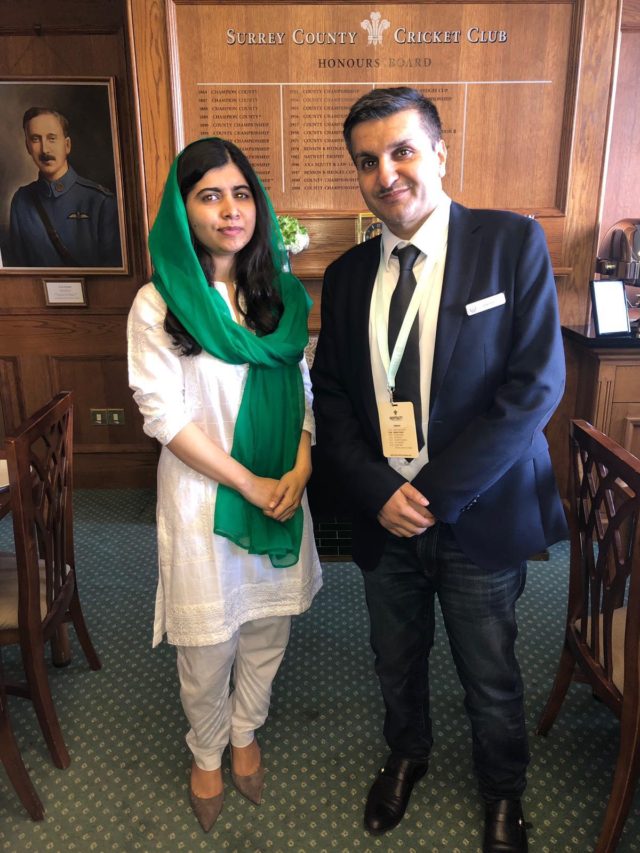 The pair where photographed together at a cricket match at Oval in Surrey.

Sources told us that they both spoke quite candidly on various “matters of mutual concern”, Khalid was “very excited” and in “high spirits” when he met Malala and was inspired by her story.

Renowned city entrepreneur Khalid who has often been regarded the “Restauranteur To The Stars” for hosting numerous celebrities and politicians at his Chak89 Restuarant in Mitcham also owns Elbrook Cash and Carry and West London Film Studios.

Stop Smoking London needs your help to get London quitting this...

SHAWN MENDES HONORS FREDDIE MERCURY AND QUEEN WITH COVER OF “UNDER...

Mitcham family come down to kitchen to find fox asleep on...

Nancy Dell’Olio will be heading to Canary Wharf for one-night DJ...