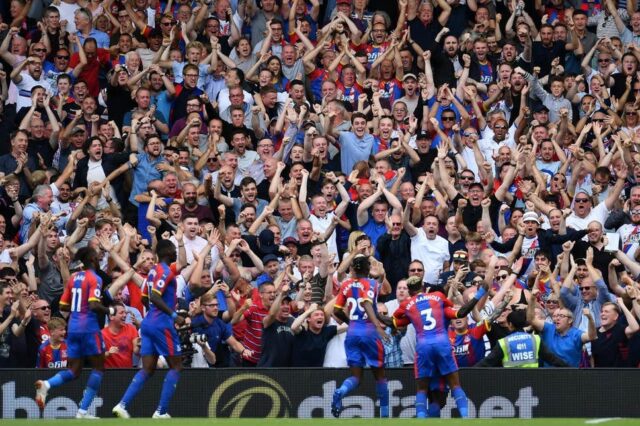 Crystal Palace fans are inviting people to join them in raising awareness of Samaritans’ Real People, Real Stories campaign and to encourage men to seek help when they are finding life tough in the latest in a series of ‘Walk and Talks’.

On Saturday 9 November, a group of football fans will be joined by local Samaritans volunteers for a ‘Walk and Talk’ from Victoria to Chelsea’s stadium, ahead of Chelsea’s home match against the south Londoners.

The ‘Walk and Talk’ follows the success of the half marathon walked by a group of Crystal Palace and Arsenal fans from Selhurst Park to the Emirates Stadium in October this year.

There is still a stigma around men seeking help when they are struggling to cope and a survey by Samaritans found that two in five (41%) men in England, Scotland and Wales aged 20-59 do not seek support when they need to, because they prefer to solve their own problems.

The survey also showed that men often don’t want to feel like a burden and don’t feel their problems will be understood.

Paul Price, who has had his own mental health problems, has been organising these Walk and Talks since last season to encourage fans to talk about how they are feeling, and sees the Real People Real Stories campaign as the perfect fit to reach football supporters.

“We know that men in particular can sometimes find it really hard to admit they are having trouble coping and can be reluctant to seek help, and as football fans we want to say that it is ok to talk about your problems. Do get in touch with Samaritans and talk to a volunteer. They are there to take calls 24/7 free on 116 123.”

Samaritans has been running the Real People, Real Stories campaign since March. The campaign sees men who have overcome tough times share their stories to encourage men, who are most at risk of suicide, to seek help by contacting Samaritans 24/7 free on 116 123 or Samaritans.org.

Former Palace player and professional boxer, Leon McKenzie, who supports the campaign, and has attended the Walk and Talk last season said:

“I know how tough it gets when you’re in that dark place. I’ve been there, not wanting to exist anymore. By sharing my story and supporting the campaign, I hope other men understand that you can climb back up with some help. It’s so important to seek help early on and Samaritans are here to listen.”

Although a survey by Samaritans also found that 78% of men say it’s OK to admit you’re not feeling OK, many still avoid speaking out when they’re finding life tough. A quarter of men (25%) felt their problems weren’t important enough to warrant calling a helpline.

Almost 3 in 10 men (29%) said loneliness and isolation had made them feel low in the past.

The Walk and Talk will start at 9.15am on Saturday 9th November from the Beer House Pub on Victoria Station. Everyone is welcome to do all or part of the walk.

Find out more about the Walk and Talk including the timetable, rest points and other locations where you can join the walk along the route, follow @HC15OnTOur and @Beulah12 on Twitter.

Sports presenter Amy Christophers speaks out after having her ‘fill’ of...

The number of vehicles stolen in England and Wales has increased...