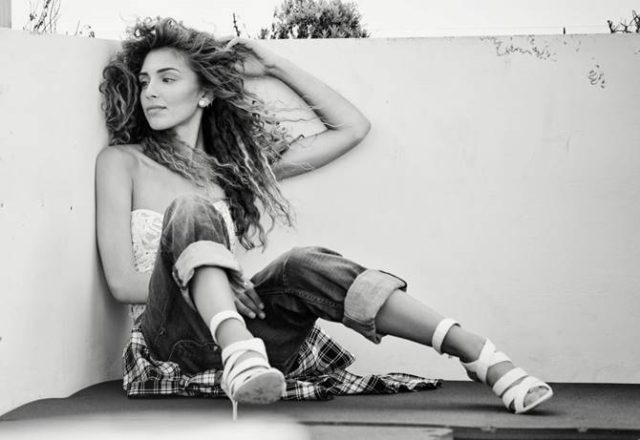 Released the day before Halloween, Brooke Law’s latest single, “See Ya Later”, is a brilliant fusion of pop, R&B and Asian rhythms. It uses the Buffy the Vampire Slayer theme to symbolise a strong independent woman and the queen archetype.

“Women are under a lot of pressure to be a certain type – a good mum, a good wife, not too thin or fat, not too assertive, be humble, be quietly beautiful. I think this makes women automatically think they need some security, doubt themselves or just not go for things in the same way men might. However, women have their own inner strength. We can be independent, reach the top and be with (or not be with) who we want and who makes us feel good.”

Brooke dedicates the Archetypes EP to all women and girls to support them in all they choose to do and be. She gives thanks to all the women who continue to fight for equality, freedom and an end to violence against women and children.

Taking on influences from a number of great musicians such as Annie Lennox to Joan Armatrading to Jeff Buckley, Brooke’s music, like her beliefs, is uncompromising: emotional and direct, it truly comes from the heart – in her own words it’s “gutsy pop”.

Having been obsessed with song-writing since the age of 14, Brooke has developed her style to encompass soul, pop, R&B and Indian influences. Brooke and her band have already started to build a buzz with their first London shows. With an accompanying video due for release in early November, plus a live appearance on November 9th at London’s Century Club, Brooke Law is an artist whose importance and relevance could scarcely be more keenly felt.

Plastic revealed as Children’s Word of the Year by Oxford University...