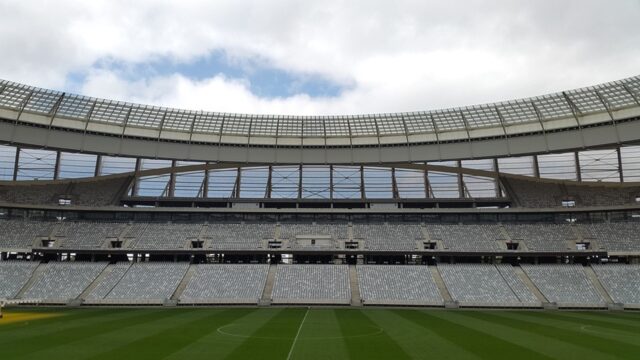 Sports teams in London are facing the possibility of playing their home games with no fans. This would be another shutdown excluding fans from attending home matches after the capital was placed into the highest tier of coronavirus restrictions. With positive cases going up, the government felt this was the move that needed to happen.

West Ham, Arsenal, and Fulham will now play their Premier League matches on Wednesday night in empty stadiums. The franchises were hoping to welcome 2,000 fans into their stadiums. What seemed like days ago, it was announced that 2,000 fans could be allowed to watch football matches for the first time since March. However, London was moved to the third tier which negated any chance of fans attending the live event.

The only money that will be spent on these days is the fans placing their bet at home on vbet review. Not having fans in the stands is a huge disappointment. The Hammers hosted 2,000 fans when the team played Manchester United at the London Stadium on December 5th. This time around, there will be no fans to watch their home match against Crystal Palace. Arsenal was very excited to host fans, but will now have to do without when the team takes on Southampton at Emirates Stadium. As for Fulham, the team understood “the frustration and disappointment” of their fans. Fulham is next scheduled to have a meeting with Brighton.

The only member of the Premier League to have a crowd will be when Liverpool takes on Tottenham. However, when the three London Premier League clubs travel back home this weekend, they will feel the effect of silence. It will be difficult to go back to playing without fans. So many athletes love the camaraderie that is the home-field advantage. With some clubs getting a taste of crowd support, making the transition back will be rather difficult. For now, Liverpool, Everton, Brighton, and Southampton will be the only fans allowed to have 2,000 fans until restrictions are lightened up.

The Sky Bet Championship will not be affected by the restrictions. According to PR and Watford, 2,000 fans will be allowed. However, the World Darts Championship will also suffer the consequences. Originally, 1,000 spectators were going to be granted attendance each day of the tournament. The championship is known for having crowds that are trademarked as “raucous.” The tournament will not be a fan-free zone due to the restrictions.

However, Organizers confirmed that opening night will feature a crowd and that the Government has a chance to review action that is post-Christmas. There are current tournaments happening now that do not offer spectators. Other events such as the Masters are hopeful that at least 1,000 spectators will be allowed to attend. Only time will tell if the numbers of positive cases will decrease and if sports will be able to open their doors once again.

Making Music is accredited as a Living Wage employer

City Hall is hosting a free event to bring to life...