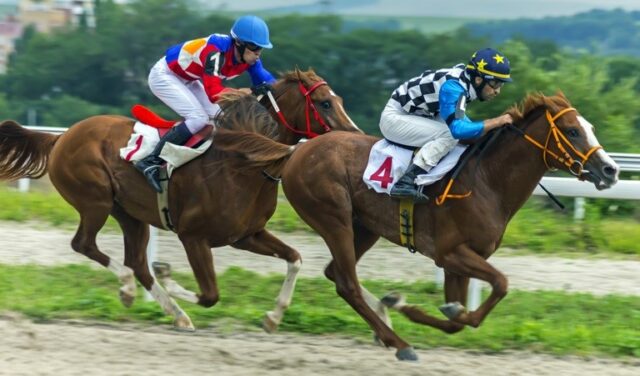 Horseracing has been a mainstay of British culture for centuries, and a number of the rules and traditions can trace their origins back as far back as Roman times. The Jockey Club was founded in 1750 as a gentleman’s club-cum-high level socialising establishment for the creme de la creme of British society, and was initially housed in London before moving to Newmarket, now considered to be the home of British horseracing. It was initially part of the governing body that oversaw horseracing, but was replaced with the Horseracing Regulatory Authority in 2006, and later the British horseracing Authority in 2007.

The revenues generated by horseracing in Britain are huge; in 2009, an economic impact report estimated that there were over 18,600 individuals directly employed by the racing industry on a permanen, full time basis (not including temporary seasonal staff for the events), and total direct and indirect expenditure of around £3.4 billion. One of the main sources of revenue comes from betting; horseracingbetting.co.uk focuses on horseracing at Sandown Park, one of just three racecourses located in the Greater London area, that attracts some of the best runners in the country as well as thousands upon thousands of horseracing fans every year.

These figures are set to continue to grow in spite of Coronavirus and subsequent government restrictions. The British Racing Recovery Plan outlines steps to help the racing industry. When the first lockdown was announced, all professional sports were cancelled, including racing. However, it was one of the first sports allowed to resume from the 1st June 2020, albeit behind closed doors. Training began again, and from July, owners were allowed back in. One key element was to gain agreement around the movement of horses and jockeys to be able to compete around the world, and excemptions were made to quarantine rules to allow for this to happen.

As of September 2020, some venues have been able to admit some spectators, though by no means the huge crowds of the pre-pandemic days. Significant steps have been taken by the racing industry to ensure a Covid secure environment for all workers and attendees: one way systems at venues, handwashing and sanitising stations, and strict social distancing measures in place to protect bubbles. The BHA has produced a number of reports outlining changing guidance in response to government regulations and the changing lockdown and tier systems in England as a means to safeguard the future of the sport and ensure races go ahead, even if in a slightly different format.

Throughout the pandemic, people have continued to bet on horseracing, and sponsors have continued to support the sport, knowing that races would still be televised and that fans would still be watching. With developments in technology, gamblers no longer need to be physically present to place a wager and are able to do this on the go from their smartphones or comuters, and are able to watch races either on TV (mainly the bigger races like the Epsom Derby and Cheltnenham) or streaming them on their electronic devices like tablets, smart TVs and phones.

Some major races went ahead in 2020, both in and out of London:

The BHA has been very proactive in helping its members overcome the pandemic and the limitations placed upon them. There have been a number of measures to make venues COVID-safe and the industry was able to welcome back competitors from the very early days, and have been able to continue operating behind closed doors since racing resumed in June 2020 despite government lockdowns and tier systems in place. Most have put measures in place to allow spectators to return in a secure manner, and are already planning events for 2021, though some 2020 events, like the Boxing Day race at Kempton, may be in jeopardy if Surrey, like London, is moved in tier three. With a strong fan base, televised and streamed races and continued betting, horseracing will no doubt continue its upwards trajectory.

Kick-start the New Year with free drinks on a Fred. Olsen...

Commander Alex Murray speaks about the policing of this weekend’s demonstrations...