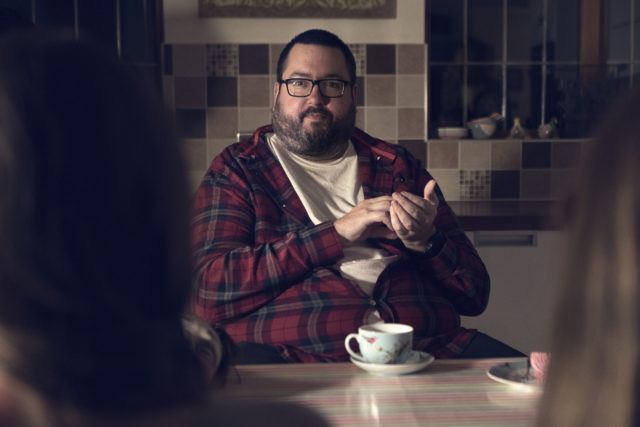 Ewen MacIntosh (aka accountant Keith from The Office) is starring in the role of a deranged serial killer in a new, quirky and bloody horror short film ‘Doris’ from production company Darkest Day Films.

The film has just been completed and is being submitted to leading festivals around the world with early official selections already in.

Fans of Ewen are going to see him in this new and disturbing film about neighbourly love, friendship and murder (but mainly murder)!

A spokesperson from the film said “We had Ewen in mind when writing for ‘Doris’, we contacted him with a copy of the script and were delighted he loved it and accepted the role.”

Adding “His part in the film is quite disturbing with plenty of gore, definitely something new for him, yet we managed to maintain some of the deadpan delivery that fans of Ewen have come to love in one of the scenes in the film”

Ewen is a British actor, writer and comedian known for his roles in film and television including the character of Keith in The Office as well as appearances in TV shows such as Miranda and Little Britain.

Wednesday at 9am is the best time to apply for a...

Landmark funding deal to support 4,500 births a year at West...

80-strong Rock Choir Vocal Group will perform for the opening of...