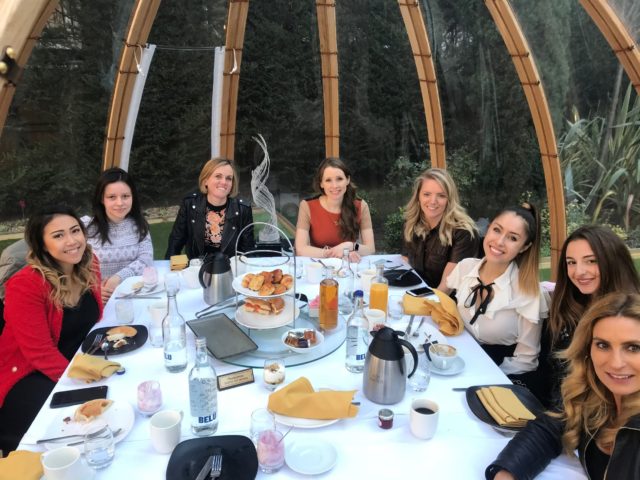 Spacemize, a flexible coworking platform, celebrates the achievements of women in tech and addresses the challenges ladies face in male-dominated industries throughout its March networking events.

Spacemize transforms the underutilised areas of top London hotels into coworking spaces during the day. Other than a ‘hot desk’ in a luxury hotel, users get complimentary tea and coffee, meeting room hire and restaurant discounts and invites to at least three business networking events for as little as £99/month.

According to the latest Kellogg Business School research, women network differently to men to achieve career progression. For ladies, the tight-knit circle of other women provides a crucial benefit to when looking for a job. This can explain Spacemize’s popularity with women-over 65% of the luxury coworking platform members are female.

Beauty queen turned tech geek Tzvete Doncheva has grown Spacemize since idea stage. ‘I would go to work in hotels in between classes or appointments even as a student. It’s a nice environment but it can be intimidating as a lone woman- especially during rush hours. I’d wish there was a designated, more private area where I could quietly work on projects without being approached. Additionally, having several cappuccinos across luxury hotels everyday can get pricey.’ She found many other women felt the same. ‘I wanted to create a stimulating space for females to do business in, connect and expand their social circle through monthly motivational workshops and events’.

Both of Spacemize’s ‘Coworking Workshop for Startups’ in March feature inspiring women, discussing the topic of fundraising. An expert led talk, followed by a coworking day – aimed at early founders.

On March 15th, Marika Tedroff from Seedrs will address the question on raising investment through crowdfunding and when is the right moment to raise capital.

On March 21st, USPAAH’s CEO Iglika Ghouse will share her experience and tips on raising funding as a solo female founder. Does the bias around 1p in £1 truly exist?

The series (co-hosted with leading think tank The Entrepreneurs Network) are monthly roundtables restricted to 20 entrepreneurs, who gather to discuss a relevant theme over a light breakfast.Tzvete Doncheva, Spacemize’s Head of Business development says: ‘Founders Breakfasts is an opportunity for our members to meet a very selected group of established industry leaders and possible career mentors’.

A bonus affair this month, on March 13th, Spacemize’s Tzvete Doncheva comes together with founders of close-knit women communities Kristina Tardos(The Merit Club), Indre Butkeviciute(Lily Advisory) and Siobhan Kangataran(ToGetHer Further) to launch a brand-new series ‘Beneath The Surface’, aiming to debunk the myths of success. The pilot event will trace their own journey as foreigners who made London home- career change (from corporate to startup) and personal growth en-route to following their dreams.

GMB call on Heathrow to reverse “kick in the teeth” reneging...

Over 1,000 London commuters share their thoughts on cycling to work