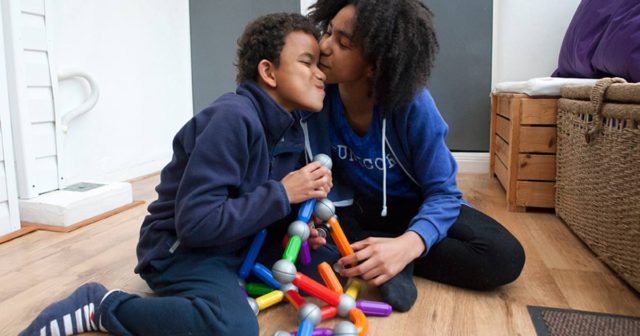 This Christmas a leading charity is offering the residents of Hackney the chance to properly reward the efforts of someone working tirelessly to care unpaid for a family member or loved one.

Carers Trust is asking people in Hackney to nominate someone they know for a £100 voucher as a festive treat and reward for unpaid work that all too often goes unnoticed and unthanked. (Carers Trust works to improve support, services and recognition for anyone caring unpaid for a loved who is unable to care for themselves)

The nominated person should:

·         Often put their own life on hold, juggling work, school and family life so they can carry out their unpaid caring duties

Nominations should be made to Carers Trust (information below on how to make a nomination).  The lucky winning carer will receive a £100 voucher as a well-earned reward for their tireless and unpaid work to care for a loved one unable to care for themselves due to illness, frailty, disability or because they are suffering from mental health or addiction problems.

“Being a carer is one of the toughest jobs there is and the reality is that three in five of us will become carers at some point in our lives. There are five million unpaid carers in the UK already, and research shows that there are a staggering six young carers in every secondary school classroom in England alone.

“This Christmas we are thrilled that players of the People’s Postcode Lottery are making it possible to find a deserving unpaid carer in Hackney who is always going the extra mile. It’s a chance for us to say a big thank you and make sure the winning carer knows that all their hard work is truly appreciated.”

How to make a nomination

To nominate someone you know who deserves a special treat, please send Carers Trust the name of the unpaid carer and a brief explanation about why they deserve this treat.

If emailing, please make the title of your email: Reward Nomination for Hackney Carer

The carer can be of any age, young or old – Carers Trust research shows young carers can be as young as just five years old.

We will also need your name and contact information so that we can get in touch if your nomination is selected.

The deadline for nominations is Tuesday 16th January 2018.

Once Carers Trust has contacted the winning nomination it will allow 7 days for a response from the winner. If no response has been received after seven days, an alternative winner will be contacted.

The nominee will be given the choice of a spa voucher or Love2Shop voucher worth £100.

The gates of Pedley Street Station are open to brave Londoners...