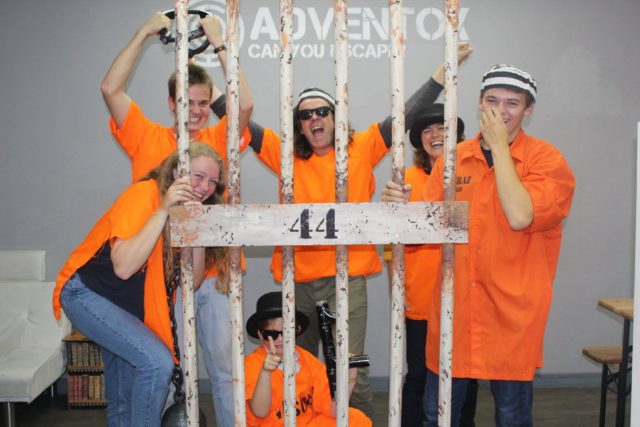 Some of the biggest companies in the UK have been fighting it out to be crowned the Escape Room champions of 2018.

The Adventox Escape Rooms in West London have welcomed dozens of corporate clients this year and have now published their own league table highlighting which companies were quickest to break free.

Google is currently topping the table and with little time left for rivals to catch them, the search giant looks a near certainty for the title.

The escape rooms are based in the West12 Shopping Centre in Shepherds Bush, close to the corporate headquarters of many UK companies.

Throughout 2018 they have hosted many corporate team building days with teams from various companies working together to escape from one of two challenging rooms.

Each team is locked inside rooms and handed one of two assignments – Mission X or Escape from Alcatraz, they must then escape the room in the quickest time possible but can ask for hints from Adventox controllers if they get stuck.

The team from Google sit proudly at the top of the Adventox leaderboard after escaping from Alcatraz in just 37 minutes and three seconds. Incredibly the clever lot required only one hint to aid their escape.

Wimbledon Tennis Club were hot on their heels, escaping the room in 38 minutes and 37 seconds after three helpful hints.

A team from John Lewis weren’t far behind, breaking free after 39 minutes and 41 seconds thanks to two hints.

Other corporate teams who took part in the challenge this year included crews from Amazon, Paddy Power, Coca Cola, Barclays, Virgin and PWC.