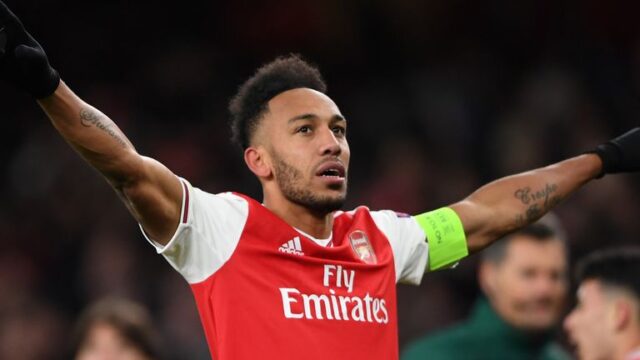 The current football season is not yet over. It might stay in a state of ‘not yet over’ for months. Some experts think it will pick up again and finish in the summer, using the time that would have been given to the now-canceled Euro 2020. Other people, including some prominent current professionals and West Ham chairwoman Karren Brady, feel that the entire season should be declared null and void. That would be welcome news for clubs at the bottom of the table – and Arsenal, who have had a shocking campaign – but desperately bad news for Liverpool. It would be impossible to escape the feeling that the Premier League trophy had been ripped from their hands.

Whenever the season does (or doesn’t) resume, it’s becoming increasingly likely that Arsenal will be saying goodbye to star striker Pierre-Emerick Aubameyang, and that will be a cause for great sadness among fans of the Gooners. Aubameyang, for his whole time at Arsenal, has looked like a player who would have fit into the imperious sides of Arsenal’s recent past. Very few of his teammates could have the same said about them. He’s consistently scored goals and were it not for his input, it’s likely that the club would be sitting even lower in the table than they are now. He’s been excellent, but reports coming out of Spain suggest that he’s grown tired of carrying the team. 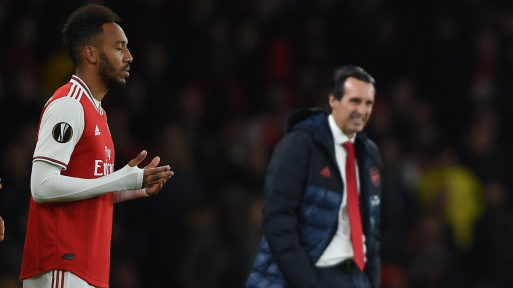 Unsurprisingly, it’s Barcelona who have been linked with taking Aubameyang away from Arsenal. Once the most feared attacking side in all of Europe, the forward line of the Catalan giants has been showing its age recently. Antione Griezmann hasn’t looked convincing as a partner for Lionel Messi and Luis Suarez. Messi isn’t getting any younger. Both Suarez and Ousmane Dembele are out with long term injuries, and even when Suarez comes back, he’ll be 34 next year, and he hasn’t looked like the player he used to be for some time. It’s likely that Suarez’s time at Barca is drawing to a close. Messi will still be there for a year or two, but Aubameyang, about to enter the prime of his career at thirty years old, is at the top of Barca’s wish list to partner him.

Unfortunately for Arsenal, they don’t have a great set of options when it comes to ways of keeping hold of their star player. Regardless of whether the season eventually finishes or not, they won’t be able to offer him Champions League football next time around. They might not be able to offer him European football of any description. He only has one year left on his deal, and he could walk away for free at the end of the 2020-2021 season. It makes far more economic sense for Arsenal to cash in now and get as much money as they can for him, and then start looking around for replacements. When it comes to a player of his quality, though, potential replacements are few and far between.

Even the most hardened pro-Wenger Arsenal fan would have to admit that the legendary manager’s last few seasons at the club were a little like watching a confused punter playing online slots 2020 in terms of transfer activity. When Wenger left, and Unai Emery came in, it seemed that he’d logged straight back into that online slots website and carried on playing. What we mean by this is that when you’re playing online slots, you’re putting money down upfront for an uncertain (and often completely random) return. We can think of no better metaphor for Arsenal’s transfer conduct during the past five years. They’re lucky that everyone has been focused so hard on Manchester United’s recruitment mishaps. If that weren’t the case, far more people might be questioning the strategy of those in charge of recruitment at the Emirates.

What Arsenal need for next season, presuming there’s no Aubameyang anymore, is a goalscorer who can provide twenty goals or more in a season, and won’t need to take time to adapt to the division. That’s a big ask, and finding a solution to the problem might involve breaking from the past when it comes to Arsenal’s usual practices. Even if fans are showing patience with Mikel Arteta, the club can’t afford another season like the one just gone – they’ll lose too much ground on the clubs ahead of them if they do. They need someone who’s going to be able to come in and hit the ground running – and so that probably means buying someone who has bags of Premier League experience.

As unexciting an idea as this might be to fans, there are worse candidates out there than Southampton’s Danny Ings. The English forward is still only 27 years old and has scored fifteen league goals with an average of 134 minutes per goal this season. If he hadn’t suffered a terrible injury a few years ago, he would probably still be at Liverpool. He went to Southampton to rebuilt his career, and he’s done that successfully. Everything that made him a promising signing for Liverpool is still there, and there’s no reason why he couldn’t also make a great signing for Arsenal now he’s fully fit. 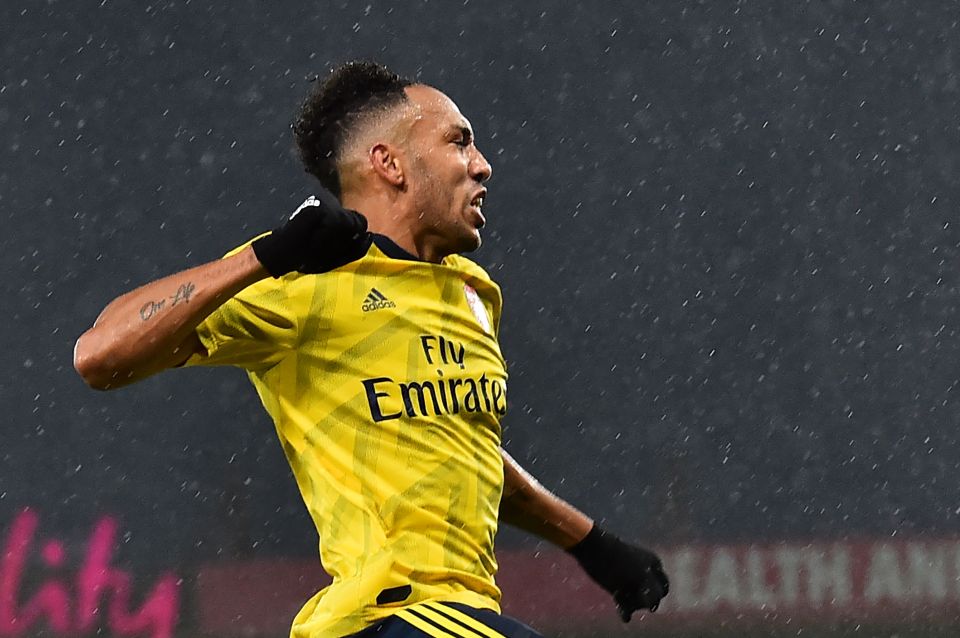 Another oven-ready replacement might be available in Everton’s Dominic Calvert-Lewin, who is having a breakout season at Goodison Park. He’s averaging a goal every 147 minutes for a total of 13 so far, and he hasn’t played as many games as Ings. He’ll probably be far more expensive than Ings on the grounds that he’s so much younger, and Everton have no financial need to sell him, but doing a deal shouldn’t be impossible so long as Arsenal are prepared to put up the money and pitch to the player based on getting the club back to where they used to be.

In an ideal world, Arsenal wouldn’t need to sign either player. They’d be able to sit around a table with Aubameyang, strike a new deal, and look forward to having him at the club for the next three seasons. This, however, is not an ideal world. Aubameyang is almost certainly on his way out of Arsenal, and that’s just one more thing for Arsenal fans to worry about during this extended period without a ball being kicked.

Thousands of extra homes will be made available for vulnerable Londoners...

Greater London is the joint most haunted region in the UK

The Best Tools for Finding New Music and Movies