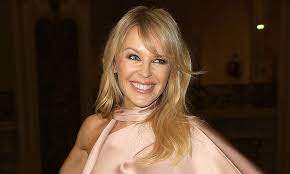 Top 10 Kylie Minogue videos watched in the UK on YouTube*

3Stop me from falling

5I should be so lucky

6Can’t get you out of my head

8Where the wild roses grow

·       After 11 years on YouTube, Kylie’s official channel has received a staggering 336+ million views to date.

·       As Kylie turns 50, views on YouTube continue to surge, receiving over 100 million views across YouTube globally since January 2017. And now 2018 is on pace to be Kylie’s biggest year yet on YouTube.

·       In the UK, Kylie’s daily average viewership is spiking at an incredible 44K per day as compared with only 18K views per day in 2017. That’s a 145% increase in daily average UK viewership.

Interestingly, we’re also seeing that the top 5 UK cities where Kylie is viewed most are*:

Meanwhile, the top countries where Kylie is most viewed*:

Why Green is a Lucky Colour for Three of London’s Expat...

Having a January clear out? Local charity will collect your unwanted...

Why the Pajama Top Should Be Your Summer Uniform