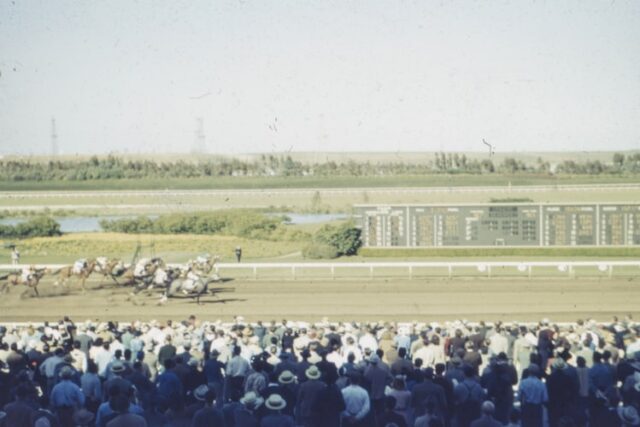 Greater London has always been one of the most developed areas on the planet and as the most populous region of the UK, the idea of escaping to one of the suburb’s race tracks for the day has always harboured a special appeal. As a city and hugely successful financial district London breathes competition and although the region has the lowest percentage of weekly punters (29%), these bettors are often well-informed and take advantage of the latest tips before placing their stakes. Epsom Downs, Kempton Park, Sandown Park and Windsor racecourses are all within close proximity to the big city and then, of course, there’s the most famous race of them all, Ascot.

Just 27 miles from London’s beating heart, you will find horse racing that is steeped in tradition. Since it’s a firm favourite among the Royal Family, onlookers can often catch a glimpse of Queen Elizabeth II among an array of famous faces. In fact, the event, which was founded in 1711, also features a horse-drawn procession from Windsor Castle to the racecourse led by the royal carriage. It is also very easy for spectators to spot her majesty’s runners as they always take to the track wearing specific colours: a purple top with gold braid, Scarlett sleeves, and a black velvet cap with a gold fringe. This race was deemed so special that in 1813 parliament passed an act declaring that the racecourse should be permanently maintained with grandstands and viewing platforms for the general public.

However, it is more than royalty and grandeur that make Ascot special. The Ascot racecourse also hosts the Gold Cup; a long-distance classic that lights up Ladies Day as all runners attempt to be in the mix for the win in the final 210 yards. In recent years, the combination of Stradivarius and jockey Frankie Dettori has been too much for the competition and in 2020 they won the race by a staggering 10 lengths. In a rather closer finish, Ascot also hosted what was considered the best race of the 20th century.

King George VI and Queen Elizabeth Stakes duel saw Grundy, a derby winner and favourite at 4/5, take on a bitterly determined rival in Bustino. Bustino wasn’t exactly considered much of an outsider at 4/1 and for good reason as straight from the get go it was as if the pair knew they were heading for retirement after the contest and gave it absolutely everything. The race destroyed the course record by 2.5 seconds; a feat that wasn’t beaten until 2010.

Equally, the 2012 Diamond Jubilee Stakes event was almost as special as audiences saw leader Black Caviar being hauled in for what seemed like an eternity from both left and right thus making it appear as though jockey Luke Nolen had slowed anticipating an easy victory. With many observers believing the leader had been caught, pictures later revealed a photo finish where Black Caviar had just stayed In front by a nose.

Another race track veiled in history is Epsom Downs; a 1.5-mile racecourse that is famous for hosting the Derby. Allegedly, the name “the Derby” was decided on by a coin toss between the 12th Earl of Derby and Sir Charles Bunbury. Neither gentlemen could possibly have imagined the drama and excitement that would follow. Historically, races here either result in glory or tragedy. In one of its early races jockey, William Stanley fell and broke his neck and in 1913 famously suffragette Emily Davidson threw herself in front of King George V’s horse Amner.

Thankfully, the racecourse also attracts the very best jockeys and three-year old colts and fillies. Arguably the most famous was Shergar; a thoroughbred who won the 1981 showpiece event by 10 lengths. In fact, in his prime Shergar won 6 out of the 8 races he entered and was considered so valuable that in 1983 he was kidnapped by thieves who demanded a £2 million ransom. 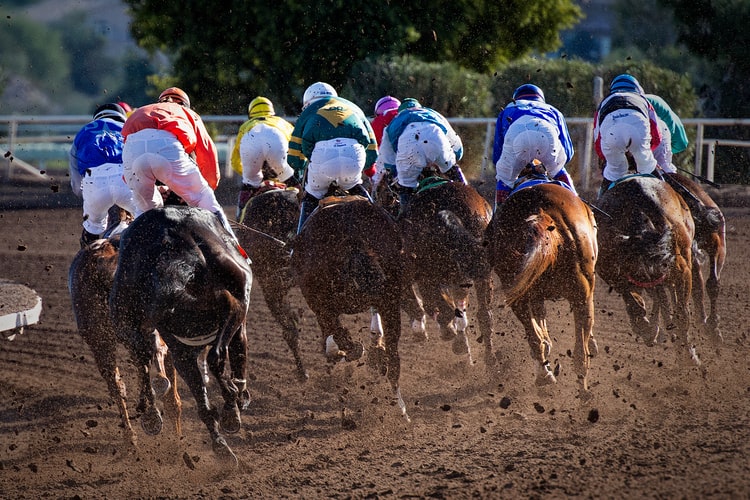 In 1993, horse racing fanatics were treated to a major upset. It wasn’t the fact that the eventual winner Commander-in-chief was ranked as an outsider at 15/2 but that second and third were secured by horses with odds of 150-1. And if that wasn’t enough of a shock, firm favourite Tenby finished 10th! In more recent times, the derby has also seen some spectacular finishes.

For instance, in 2009 Sea the Stars who had been rested throughout the whole of the winter, flew past Golden Sword in the final furlong. However, he couldn’t put his feet up because four Aidan O’Brien-trained horses followed him right to the line. Two years later, an even closer finish occurred as judges were required to determine who had won in a final flourish that involved several runners. Pour Moi hadn’t raced in England before and the French-trained thoroughbred was well back going into the final furlong before jockey Barzalona somehow unleashed another gear as Pour Moi stormed past several horses including the favoured Carlton House to take victory by the narrowest of margins.

This Sunbury based racecourse is also famous for a horse race that features heavily on the social calendar. Kempton Park racecourse features the boxing day National Hunt steeplechase that requires horses aged 4 and over to complete in a 3-mile course and jump a mere 18 fences.

Second only in prestige to the Cheltenham Gold Cup, the race is historically famous for legendary horses delivering their best performances and thus capturing the hearts of horse racing fanatics. Without question, the biggest name on everyone’s lips was Desert Orchid or more popularly known as “Dessie”. Dessie caught the public’s imagination because of his will to attack the field. He was plucky too and seemed to be able to sense opportunities that other horses of his generation simply couldn’t.

Many believed that his record of four King George VI Chase victories wouldn’t be beaten. That was until another favourite burst onto the scene. Kauto Star dazzled post-Christmas onlookers winning four consecutive King George VI Chase crowns between 2006 and 2009. Although the weather delayed 2010 event pushed the French-bred winner back to third, Kauto Star returned triumphantly the following year. Fans were treated to an epic sprint battle as Kauto Star just edged out 2010 winner Long Run.