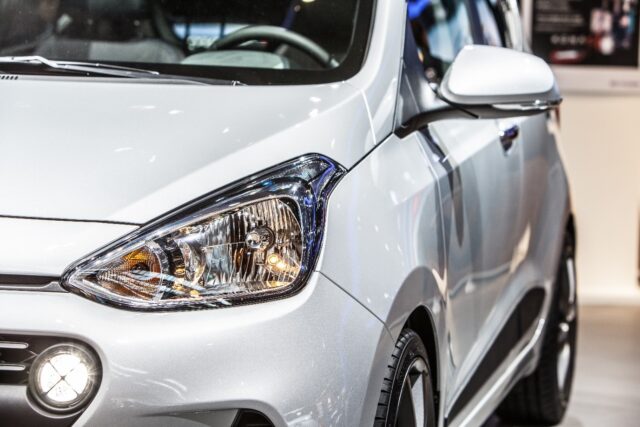 City cars have come a long way in recent years. Gone are the days of low-specification metal boxes to get you from A to B. Whilst they are still compact in size – which is perfect for negotiating your way through the city streets – the exteriors have been given much-needed facelifts, and the interiors are in-line with the latest technology.

So, if you’ve wrapped up your East London driving lessons, passed your theory and practical tests, and are now looking for a great city car to get you around the ‘Big Smoke’, then look no further than our guide to the four best cars for city driving. Read on to find out more!

Despite only being released by the German car manufacturers back in 2011, the Volkswagen up! is already considered to be one of the best city cars in Europe. The compact vehicle has been awarded the Auto Express ‘City Car of the Year’ for the last three years running, proving its class in the market. The standard 1.0-litre 59bhp up! is great for getting you around the city, whilst the turbocharged 113bhp up! GTI is perfect if you need to factor in any dual-carriage or motorways on your commute. Despite being a compact model, the up! is available in three or five-door models. It also boasts a range of up-to-date technology, including a 5.0” colour screen with Bluetooth. The 251-litre boot is also fantastic for such a small car!

The Kia Picanto is a stylish and well-equipped city car. The latest model, which was awarded the What Car? ‘Car of the Year 2020 – Best Value Car’, has been given an evolutionary facelift, whilst the sleek finished interior isn’t short of the latest technology. The sporty GT-Line S model includes a 7” touchscreen satellite navigation system with RDS & DAB, wireless mobile phone charger (as long as your phone is compatible, of course), heated front seats and steering wheel, and electric sun roof. The 1.0-litre turbo is quick and economical, making it perfect for getting around the city, whilst the 1.2-litre four pot would be better if you take the faster roads. The Picanto also has a slightly larger boot space than the up! of 255 litres.

Having only been released in 2012, the Skoda Citigo, like the up! is another relatively new vehicle to the city car market. However, it has already established itself as one of the best cars to get around town in. Despite having very similar specifications to the up! the Citigo is a cheaper option – so perfect if you like the Volkswagen, but your budget doesn’t stretch that far. Skoda also offer the CITIGOe IV, which is the manufacturer’s first fully electric car. The 61kW electric engine, which is equipped with a lithium-ion battery, takes just one hour to reach 80% charge, and is capable of delivering up to 170 miles from a single charge – perfect for nipping across the capital in.

Unlike the other city cars on this list, the all-new and improved Hyundai i10 now only comes as a five-door model. But with that added space, making it more accommodating for passengers, it is still a compact vehicle. The new stylish interior is fitted with eye-catching patterns and textures, including a new 3D honeycomb pattern, which is only featured in Premium models. In terms of technology, the standard model comes with a 3.8” display unit, whist the SE Connect, Premium, and N Line versions boast bigger 8” touch screen displays with smartphone connectivity. The i10 also features five seats, kicking the city car trend of four. If you go for one of the higher specification cars, you’ll also be treated to heated front seats and steering wheel.

A Third of Those Looking to Retire in 2020 Financially Support...

You can now top up your Oyster card ‘on the go’