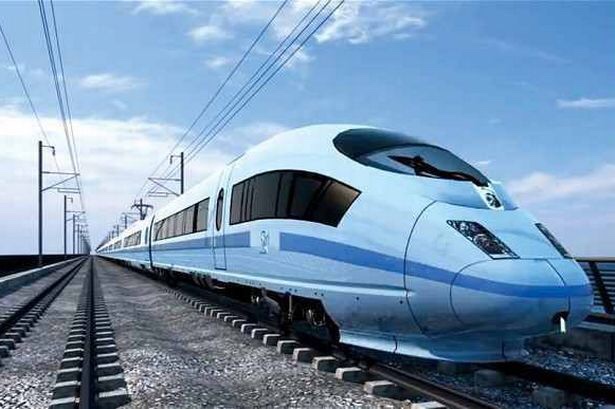 Four years after the Economic Affairs Committee raised serious questions about High Speed 2 (HS2), the Government is no nearer to providing satisfactory answers.

HS2 requires a major rethink. The priority for investment in the rail network should be the north of England, the costs of HS2 appear to be out of control, and the Department for Transport’s (DfT) appraisal of the project has fundamental flaws.

“Commuter services in the north of England are badly overcrowded and reliant on ageing trains. Rail connections between northern cities are poor. As the Committee suggested in its 2015 report, rail infrastructure in the north should be the Government’s priority for investment, rather than improving north-south links which are already good. The north is being short-changed by the Government’s present plans, especially as construction on HS2 is starting in the south. Any overcrowding relief from HS2 will mainly benefit London commuters.

“The plans for Northern Powerhouse Rail should be integrated with the plans for the northern section of HS2, and funding for the project ringfenced. This will allow rail investment in the north to be prioritised where it is most needed.

“The costs of HS2 do not appear to be under control. It is surprising therefore that the Government has not carried out a proper assessment of proposals to reduce the cost of HS2—such as lowering the speed of the railway or terminating in west London rather than Euston—which the Committee recommended in 2015. A new appraisal of the project is required.

“If costs overrun on the first phase of the project, there could be insufficient funding for the rest of the new railway. The northern sections of High Speed 2 must not be sacrificed to make up for overspending on the railway’s southern sections.”

These recommendations were agreed unanimously by the thirteen members of the Committee, including two former Chancellors of the Exchequer, a former Cabinet Secretary, former Permanent Secretaries to the Treasury and the Foreign and Commonwealth Office, a non-executive director at the Bank of England, former Secretaries of State for Transport and Scotland and a Professor of Economics at the London School of Economics.

In its 2015 report, the Committee said there was a strong case for improving regional rail links in the north, but the Government had failed to consider whether such a scheme was a better investment than HS2. The Government has nevertheless pushed ahead with HS2 and did not take up the Committee’s recommendation to assess the relative merits of the two projects first.

DfT’s method of appraisal for large infrastructure projects is not fit for purpose. Despite the main justification of HS2 being to increase capacity on the rail network, DfT’s assessment of benefits places too much emphasis on time savings for travellers, and too little emphasis on the transformative effect railways can have on local economies. This appraisal method has distorted decision-making on the HS2 project in favour of speed. The railway will be built to accommodate trains at 400 kilometres per hour, when the initial maximum operating speed will be 360 kilometres per hour, which itself is faster than any other railway in the world at present.

In 2015 the Committee said the Government should assess the cost saving that could be achieved by lowering the speed of HS2. The Government rejected this suggestion on the basis that a lower speed would reduce journey time savings (despite a 300 kilometre per hour railway only adding 3 minutes on the journey time to Birmingham on HS2, and 10 minutes on the journey time to Manchester). For the same reasons, the Government also dismissed several alternatives for Phase 2b, proposed in a DfT-commissioned report in 2016, which could reduce costs by more than £10 billion. An appraisal method that took more account of the transformative benefits of new infrastructure would be less sensitive to small changes in journey time. A new method of appraisal is required.

Another recommendation the Committee made in 2015 was for a full assessment of the cost saving of terminating HS2 at Old Oak Common in west London, which will connect to central London by Crossrail, rather than Euston, which would require expensive tunnelling. Again, this has not been carried out by the Government. The redevelopment of Euston should be removed from the scope of the first phase of the project—a suggestion backed by Sir Terry Morgan—and an assessment carried out as to whether Old Oak Common could operate as the terminus for the full line.

OpenTable and inamo restaurant dish up the ultimate Vitamin D-inner

Why the Pajama Top Should Be Your Summer Uniform