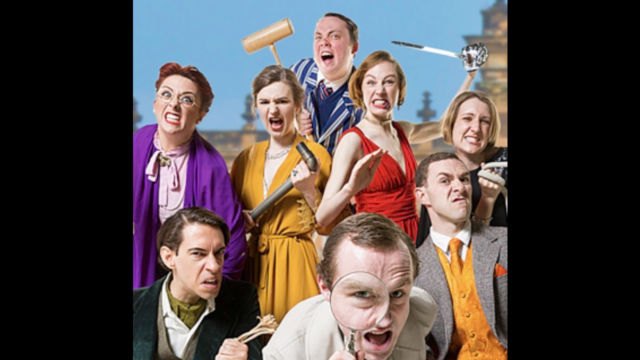 Off the back of yet another successful Edinburgh Fringe run in August, and a successful Autumn residency at Leicester Square Theatre, Degrees of Error’s hilarious and innovative Murder, She Didn’t Write will continue their monthly shows at the Leicester Square Theatre as their residency has been extended with shows now booked until May 2019. In addition to this, they are due to embark on a national tour where they will bring their riotous show to audiences across England come the New Year.

In this wild and anarchic show, the audience becomes both author and sleuth as they are invited to help to create their very own Agatha Christie-inspired masterpiece – and to watch it unfold on stage.

Every night, the extraordinarily talented company create a unique space where audiences can unleash their literary prowess and create an original and extremely comical improvised murder-mystery. Miss Crimson poisoned in the parlour? Mr Gold exploded by cannon in Sainsbury’s? You decide! But will you guess whodunit?

Using audience suggestions, evidence and ideas, the team create a bespoke world – and one lucky audience member gets to play god, choosing both the murderer and victim.

Founded in 2010, Degrees of Error have recently been appointed as the first resident theatre company at the brand new Bristol Improv Theatre – the first theatre in Britain dedicated to the art of improv – where they rehearse and perform regularly. Their improvised murder mystery play Murder, She Didn’t Write has toured the UK and enjoyed sell-out runs at the Fringe since 2013.

University Student – How I Earned Money While Studying During College