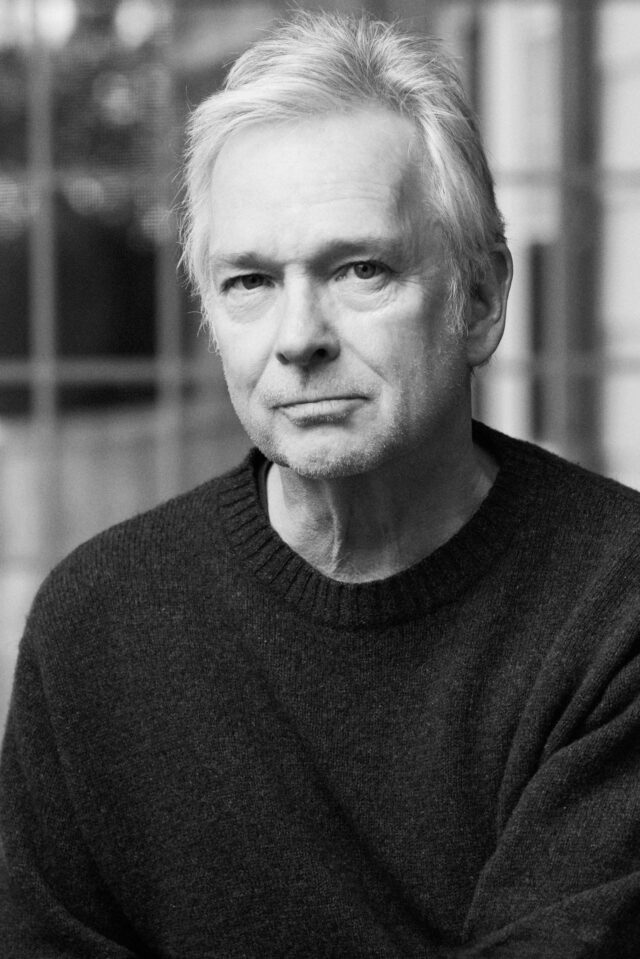 Ken McGorry’s novel Ghost Hampton just hit the bestseller list and it is no surprise given the thrilling story it tells, taking readers on a rollercoaster ride that includes ghosts, intrigue, and an awe-inspiring mystery. But that is not all; McGorry has a sense of humor that delivers a book that will also have readers laughing out loud at times, something that can be hard to pull off, but not for McGorry. Recently McGorry sat down with us to give readers the inside scoop on Ghost Hampton, and what’s next.

The holidays are coming, and I noticed that the film A Christmas Carol may have influenced you a bit when writing Ghost Hampton. Is that the case?

Yes, Dickens did. The central character in Ghost Hampton is a modern day Scrooge character, but introduced after his miraculous changeover into a well-meaning and generous guy. Ebenezer Scrooge surely had to prove to his neighbors and acquaintances that he was no longer the same old stingy curmudgeon. The question here is, given the reputation Lyle Hall, Esq., earned throughout his career, how would Bridgehampton locals feel about him after his near-death car crash? Lyle cemented his bad reputation when his accident took the life of the village’s kindliest old lady. Would the townsfolk accept his sudden reinvention as a protector of decrepit homes inhabited by ghosts?

A fun exercise during book-club chats is to imagine which Ghost Hampton characters might also have Christmas Carol DNA.

You’ve had success as a scriptwriter and in TV production. How did these experiences help you when you decided to start writing Ghost Hampton?

If escaping with your life, and getting paid a few times, is a marker of success, then that’s me! You learn from writing for a paying client how malleable you are and how malleable your work product is. Memorably, one script I’d worked hard on, once handed over to a costlier writer, wound up retaining only two words of mine—outstanding because they were not English. Once, I was handed back a vaguely recognizable rewritten script and charged with making the female character’s dialogue more “real.” (My specialty.)

Another learning experience involves the producer’s innate need to make your story cost less. One way—take your Porsche car crash scene and turn it into a bicycle hitting a tree.

So, when you sit down to a blank page in your new novel, at least it’s your blank page—have at it!

This is akin to asking a parent which of their children is their favorite, but I have to ask – who is your favorite character in Ghost Hampton, and why?

Welp, Lyle Hall. But his leading role is closely followed by a gaggle of characters who, though they appear more briefly, have an uncanny ability to accurately skewer Lyle for his failings and foibles. Detective Georgie Hall, his only child, is certainly one; so is clairvoyant Flo Hendricks and TV cameraman Josh. And there’s Lyle’s former partner, the verbally wicked Fraser Newton, who gets his goat in the end.

In Ghost Hampton, there is a very stunning ghost called Jewel. What was the inspiration for this character? Also while we are on the topic of ghosts have you ever been in a haunted house? If so what was that like?

The word “Jewel” is all that Lyle, fascinated and terrified at once, can get the apparition to say. He’s imploring the beautiful creature for a name, any information at all, but she seems to speak only Italian. And is quite dead. In real life, in Westhampton Beach, NY, years ago, my wife heard from a client how he learned that his pristine, restored colonial had a ghost on the second floor. The client’s two daughters soon encountered her—a little girl in a Victorian-era dress who sat at the edge of a bed and watched them play. This old house, it was rumored, was a brothel long ago in the 1880s. The girls’ relationship was peaceful until the day the man sold the house and, during the final inspection, the pipes in the ceiling gushed open in each room they entered. The little ghost, the family believed, did not want the girls taken away.

LONDON IS A COUCH POTATO CITY, ACCORDING TO NEW RESEARCH

Importance of Heathrow Expansion in Light of Brexit

Gary Mccann on Future of Football and Hendon

Women of Camden – How a football kit became a work...

LONDON IS A COUCH POTATO CITY, ACCORDING TO NEW RESEARCH

Importance of Heathrow Expansion in Light of Brexit