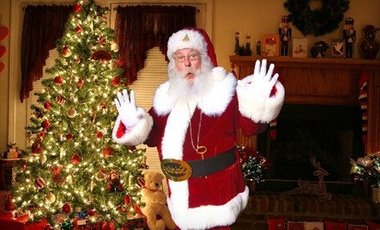 Unsurprisingly, the vast majority of adult respondents believe it’s OK for kids to believe in Santa, although they pick age 10 as the age at which children should learn the truth.

Just over one-fifth of parents with kids between the ages of 11 and 17 say their kids still believe in Santa Claus.

Most grownups used to believe, too

Three-quarters of the adults surveyed say they believed in Santa as a kid, up until they reached the age of 9. Refreshingly, there’s little sign of a partisan gap.

Design a Strong Personal Brand on Social To Power Your Success

Inside the 2017 Football Business Awards