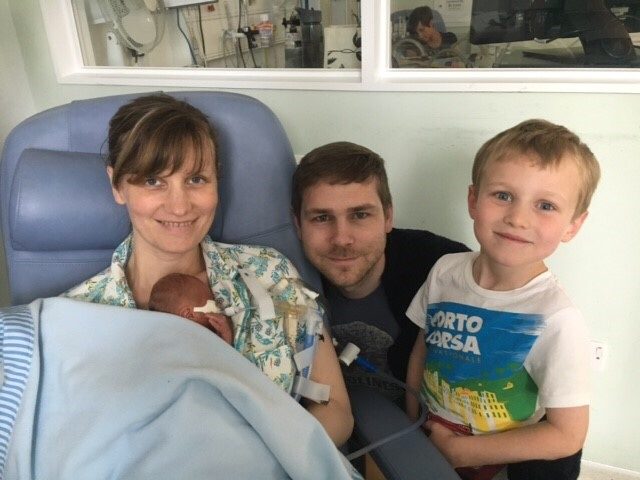 A Hoddesdon family, who were supported by The Sick Children’s Trust after the birth of their premature son, are featuring on national television in BBC Lifeline to raise awareness for the charity.

The Ledster family will appear in BBC Lifeline on Sunday 21 January at 3.15pm, in an appeal presented by renowned actor and President of The Sick Children’s Trust, Michael Crawford CBE.

Helen Ledster, 38, gave birth to Flynn at just 27 weeks on 2 May 2016 at The Rosie Hospital in Cambridge. He was immediately ventilated and admitted to the neonatal intensive care unit (NICU) for lifesaving treatment.

Over the next 16 weeks Helen and her husband Dan watched their baby son fight for his life in the specialist hospital. Whilst Flynn was undergoing treatment, his parents and older brother Bradley, now eight years old, were supported with free ‘Home from Home’ accommodation at Chestnut House, run by The Sick Children’s Trust, located just below NICU.

Film director Sam Mendes calls on fans to sign up to...