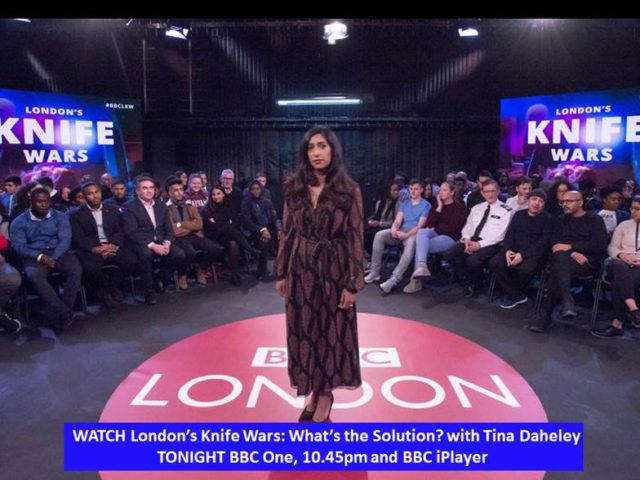 Tina will host a debate asking police, politicians and an audience of Londoners:  What can be done to stop the number of young lives lost on the capital’s streets?

The debate will be simulcast BBC Radio London followed by a phone-in on the Duncan Barkes show immediately afterwards.  It will also be on BBC London YouTube  and BBC London Facebook, plus you can keep up to date with our live tweeting on BBC London Twitter.

LONDON OFFICES: How do London’s tallest office buildings stack up on...

Alesha Dixon and welfare charities urge Boris Johnson to back a...