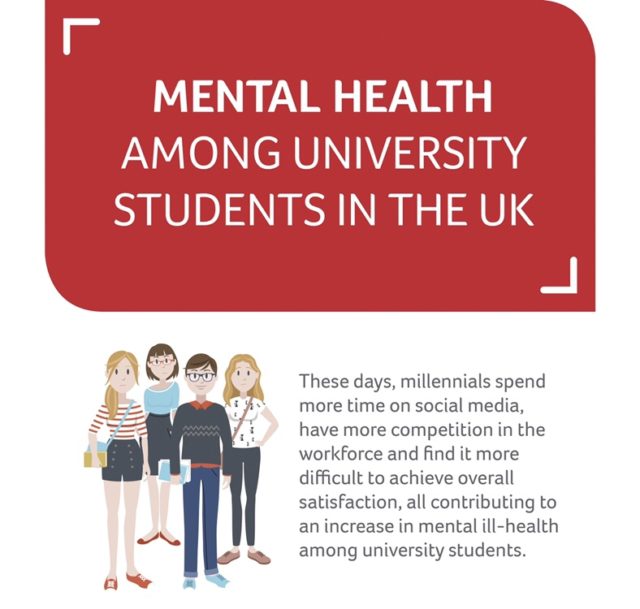 Millennials are considered an anxious generation, which is often attributed to an obsession with technology, overbearing parents and the stress that comes with trying to fit into a social media-driven world. But, according to experts, the anxiety and often depression experienced by young adults lies in uncertainty.

Fresh Student Living have looked at what is to blame for the recent rise in anxiety among young people.

Official mental health statistics show that mental disorder, distress, and feelings of depression among millennials are at an all-time high, more than trebling in the last few years. Additional data reveals even more shocking numbers:

While the rise of technology and pushy parents are certainly contributing factors, psychologists suggest that it is the uncertainty of the future that impacts students the most. Experts suggest that the current generation of university students experience greater pressure than previous generations due to increased study costs and a highly competitive job market.

Today, millennials spend more time studying compared to previous generations, have more competition in their career, and find it more difficult to achieve job satisfaction. They also marry later in life, spending a larger portion of their lives making it on their own.

While uncertainty over things like careers, relationships and social acceptance are normal triggers for anxiety, just looking at the number of students experiencing mental health problems prove that there is a real issue.

London finalists go for gold in RHS Britain in Bloom 2019

Volunteering at Harrow cat centre is a lifeline for Laura during...