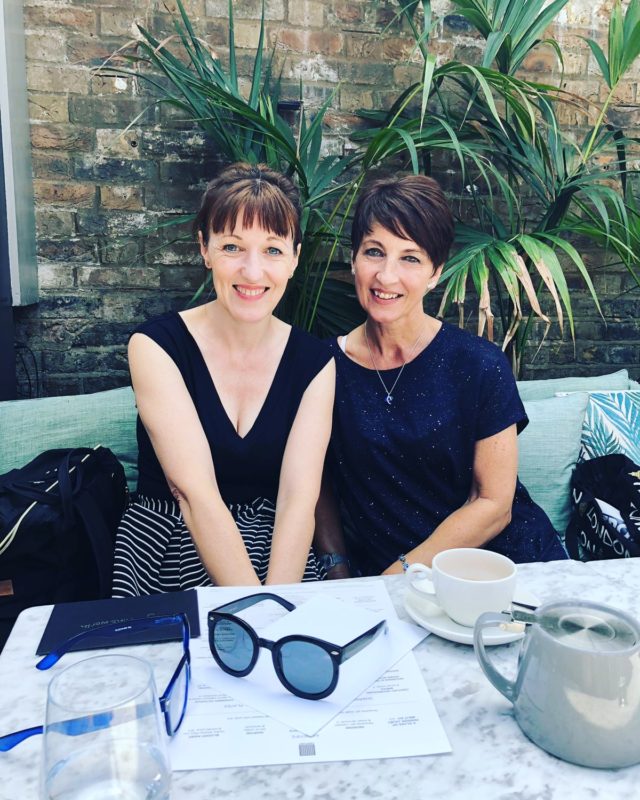 Founder of National Autism Charity AnnaKennedyonline and one of the Patron’s of the charity Kacey Ainsworth had a meeting in central London to brainstorm ideas and talk about possible new projects to raise further awareness about autism and the work of the charity.

Kacey just recently supported Autism’s got Talent and has been Patron for over 2 years and has been working in the entertainment industry since 1978. She is a multi awarding winning actress who came into prominence for her portrayal of Little Mo in Eastenders.

Since then she has starred in lots of TV shows including Holly Blue, Call the Midwife, an evil witch on cbbcs and now Kacey is getting ready to film another series of Grantchester alongside Robson Green.
After members of her family were diagnosed with Autism she decided to get actively involved in working alongside Anna raising awareness of autistic spectrum conditions and promoting inclusion for those on the spectrum.

Kacey is excited hear about the charities collaboration with Autism Reality Experience and to experience the Autism Reality Bus where the charity have now partnered with Training 2 Care this will give the public an experience of what it is like to have a sensory overload.

This hopefully will give parents ,carers , professionals some insight on how sensory overload affects a person on the autism spectrum.

Borough Market thanks loyal customers for support during lockdown

Millennial women invest with confidence but interest declines with age