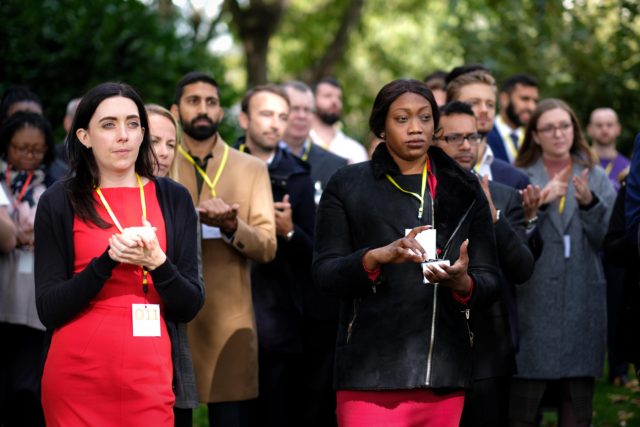 Nearly 400 people have helped to achieve a new Guinness World Record for the ‘Largest Tactile Signing Lesson’, in an event organised by the national disability charity, Sense, and the international accountancy and advisory firm, Mazars.

Members of the public were joined by staff from Mazars and Sense to participate in the lesson that took place in Tower Gardens, by the Tower of London. The total number of participants was 390 people, which exceeded the 250 target set by Guinness World Records.

Tactile signing is a common means of communication used by people who are deafblind (meaning they have both a sight and hearing impairment), which is based on a sign language and involves touch. The event was organised to raise awareness of the different communication methods used by people with complex disabilities.

The 30-minute lesson, led by Emma Boswell, who is deafblind and works for Sense, focused on one form of tactile signing, ‘deafblind manual’, an adapted form of finger spelling taken from British Sign Language (BSL). Each letter is spelt out on the hand, enabling communication by touch alone. 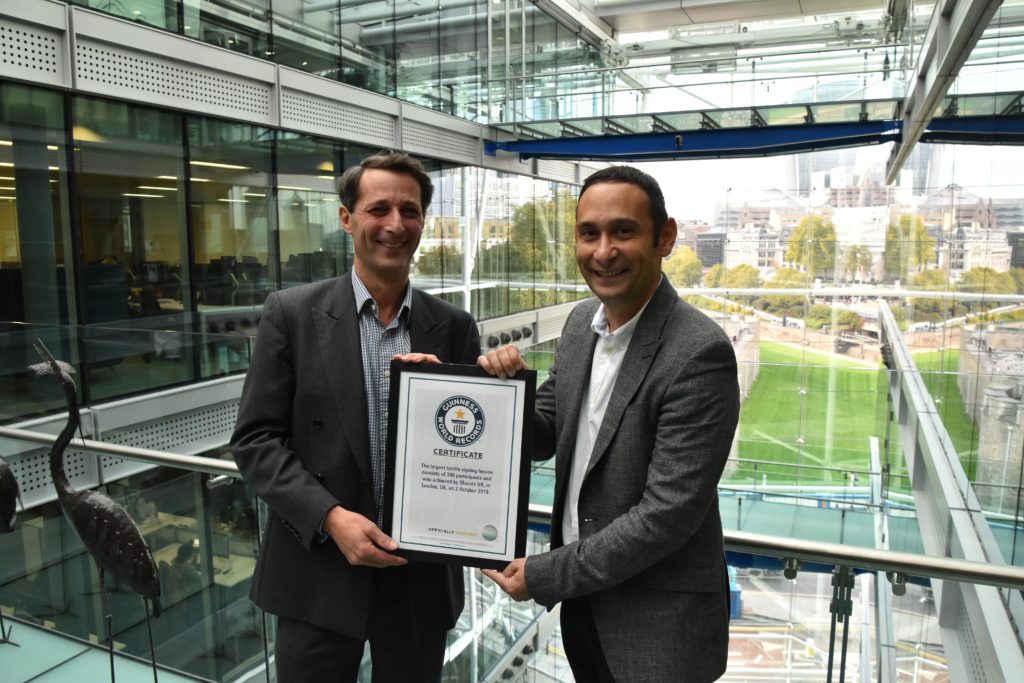 Richard Karmel, Mazars London Managing Partner, said: “Across the UK, we value our strong relationship with Sense and take pride in supporting the incredible work it does: this fantastic event showed how enthusiastic our people are to get involved, and I’m delighted that we were able to set a World Record and help further raise the awareness of the great work that Sense are performing”.

Richard Kramer, Sense Chief Executive, said: “Everyone at Sense is thrilled to have set this new World Record with our partner Mazars. This was a wonderful event that provided the opportunity to learn how people who are deafblind, and those with complex disabilities, communicate, and also get into the record books! We’d like to thank Mazars for their support.”

Why Moyes Needs To Buy West Ham A Striker

The countdown for DEFECTED London FSTVL is on