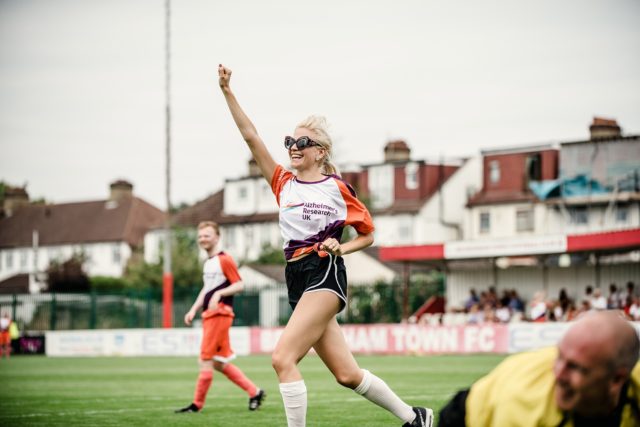 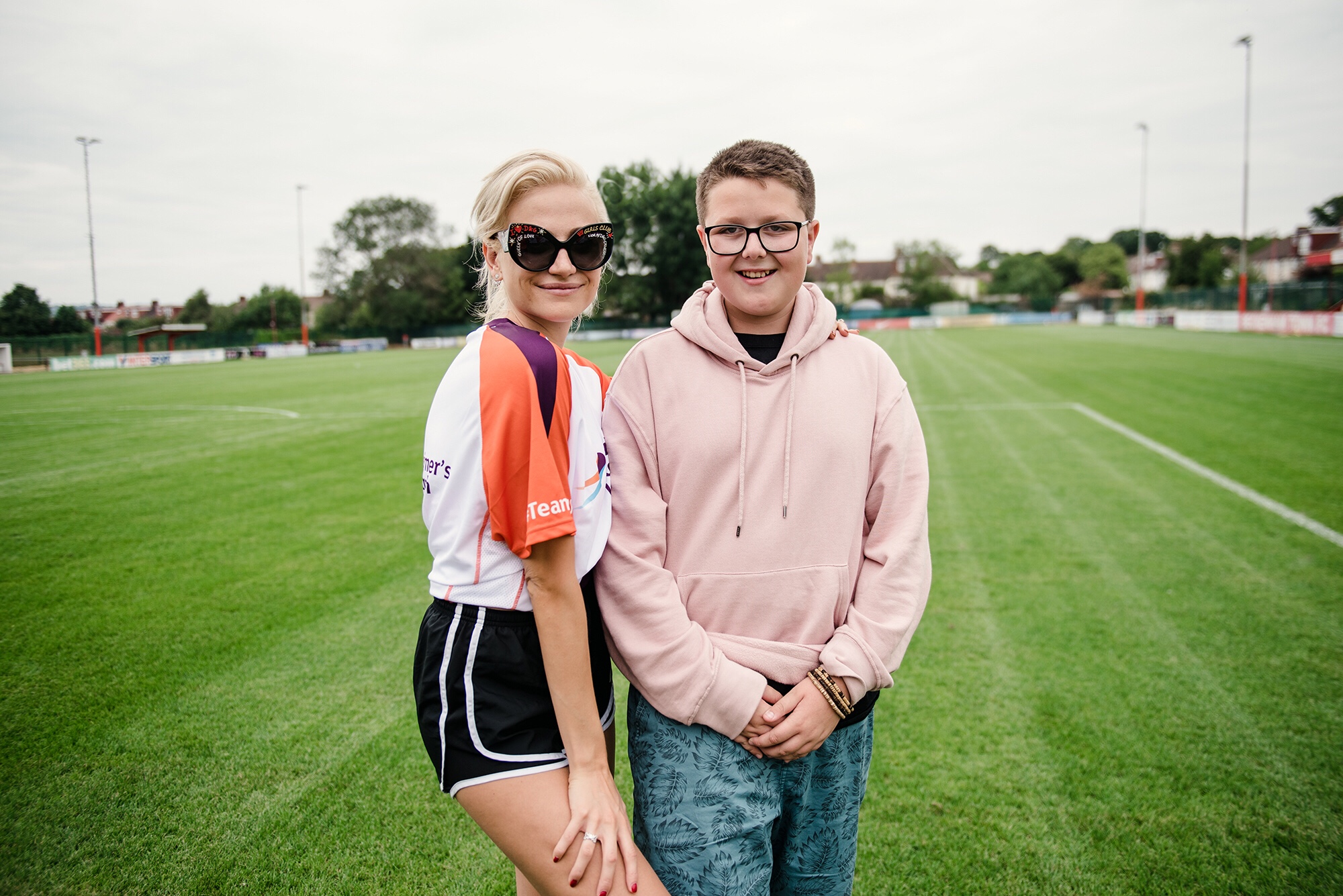 Less than 24 hours after being crowned winning coach on The Voice Kids in front of a TV audience of millions, the singer led a Pixie Lott XI to a hard-fought draw against Concept Old Boys – a team that included her uncle and event organiser Ricky Bennett.

Among those cheering her on from the sidelines at Beckenham Town FC’s Eden Park Avenue ground was The Voice Kids winner Daniel Davies, who the night before won the hearts of the nation with his rendition of Anytime You Need A Friend, by Mariah Carey. The 14-year-old also kicked off the second half to cheers from fans. The match, watched by a crowd of hundreds, ended in a 4-4 draw.

The event raised £5,300 for vital research into dementia. 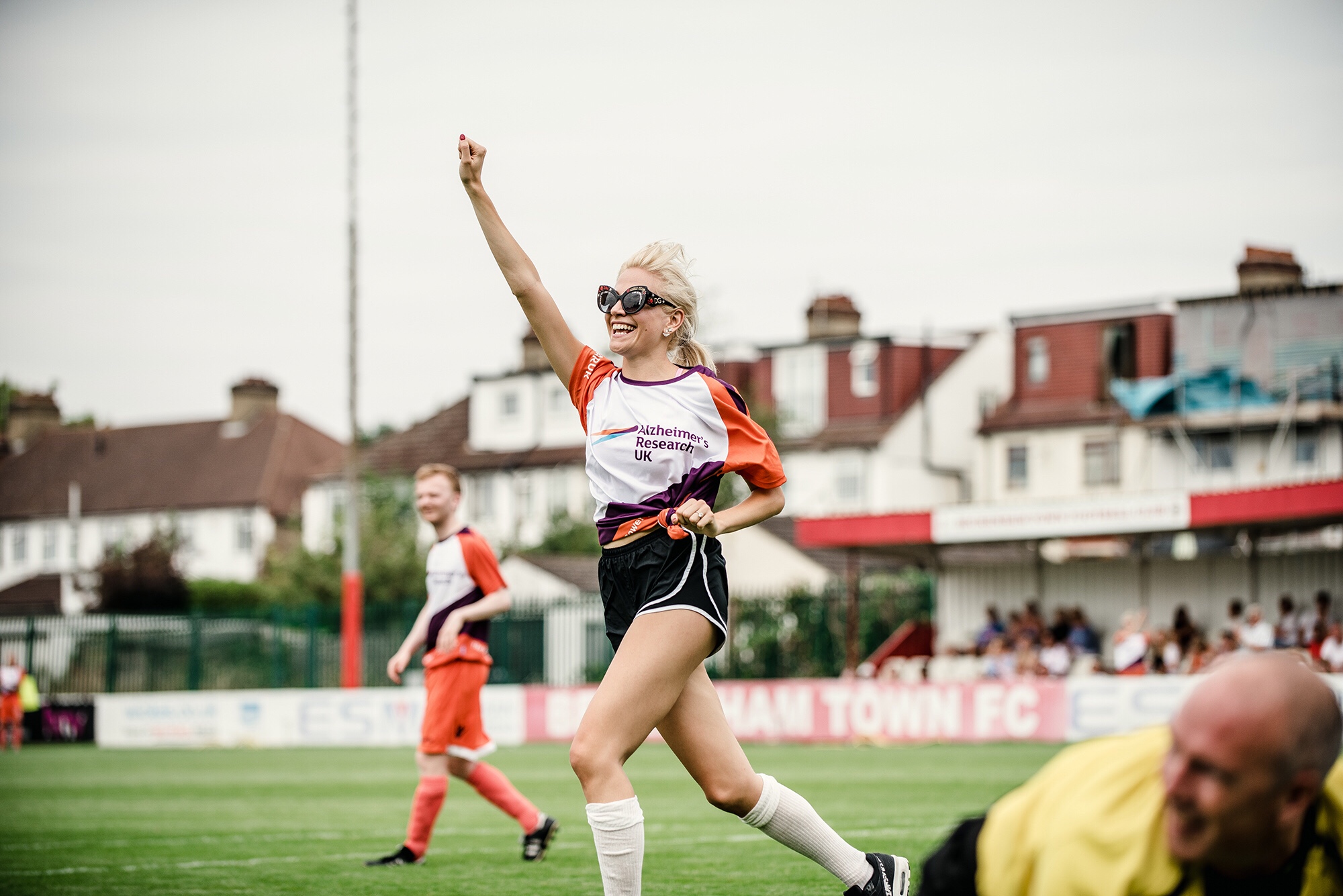 Joining Pixie in her XI was her model fiancé Oliver Cheshire and The Theory of Everything actress Lucy Chappell.

Glenn Tamplin teaches the world how to REALLY run a football...

Who is King Jonas I of Lauwiner?