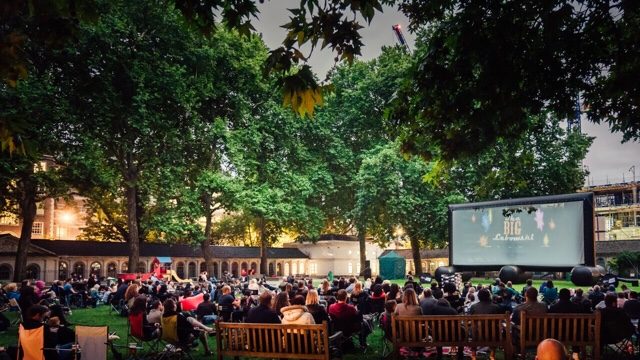 This summer, Pop Up Screens has teamed up with Benadryl to bring Londoners critically acclaimed new releases in even more of the Capital’s most treasured parks. The big screen will now be occupying South Park in Parsons Green from 14th-16th September. Fans of The Greatest Showman can expect one final screening of the musical sensation before the Pop Up season comes to a close.

As the sweltering heatwave continues, and most of the parks in London resemble sub-saharan Africa, it seems only feasible to leave the house either before sunrise or after sunset. Pop Up Screens recognises that anyone who does otherwise runs a high risk of melting, so are offering a multitude of glorious evening screenings of new releases and well loved classics.

Due to popular demand, Parsons Green punters will be given a chance to book in to see the much loved Greatest Showman on 14th September as well as the award winning Shape of Water and timeless Hollywood classic Pretty Woman. Until the end of September, film lovers can enjoy superhero flicks Thor: Ragnorok and Wonder Woman, Academy Award winners 3 Billboards Outside Ebbing, Missouri and Get Out. Those who couldn’t possibly last the summer without getting your fix of the classics such as Notting Hill, The Notebook, Dirty Dancing and Grease will not be disappointed.

Pop Up Screens will continue to work its magic in a host of new locations including the beautiful Ruskin Park in Denmark Hill, the iconic Guildhall in heart of London, pituresque Canbury Gardens in Kingston and the award-winning, Priory Park in Crouch End. Pop Up Screens founder Dave Leydon said “Pop Up Screens has been popping up around London for 6 years now and every year we try and find some new locations to pop up in and this year isn’t any different as we’re on our way to Kingston, Maida Vale, Denmark Hill and Crouch End for the first time. Outdoor cinema is still something that’s got a certain romance to it that gets lost in the multiplexes, that magic of being outside with a movie you love is pretty hard to beat.”

Tickets will be priced from £7 for a child and adults starting from £12.50.

You’re welcome to bring your own blankets, beanbags and cushions or you can hire a deckchair for £4.

If you feel like styling up your cinema experience, this year Pop Up Screens are introducing VIP seats, for £20 each that will include a chair in a prime location plus a free drink! 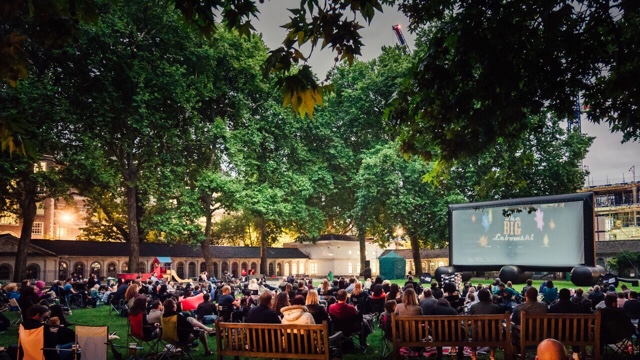 Screenings kicked off on 22nd July and will run all the way through to 23rd September.

Copious amounts of barbecue food will be on offer to all guests.

Cost of Penalty Charge Notices for offences around London to increase